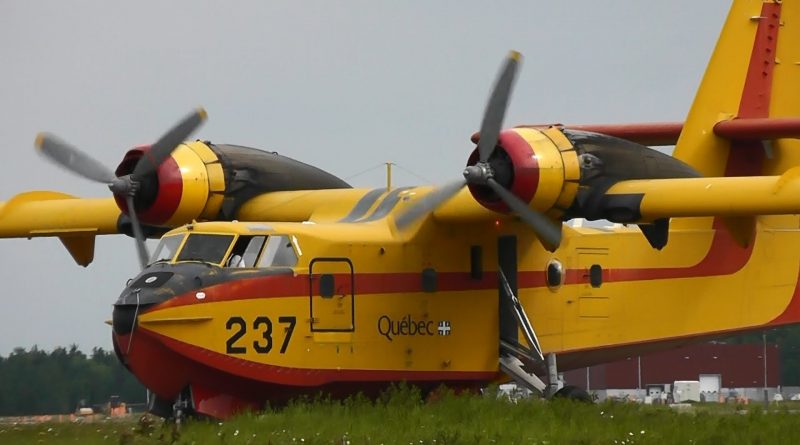 The engine and control problems of the CL-215 persist and in July 1968 Paul Gagnon was designated as the Quebec government representative at Canadair in Cartierville. He moved into an office adjacent to the CL-215 production plant to closely monitor the progress of the work and he was in touch with the representative of the French government and the Department of Transport Canada who were on place for a long time already.

In February 1969, as the CL-215 is still not certified, a meeting is held at the Office of the Director of Airworthiness of the Department of Transport, Mr. Walter McLeish. Representatives of the French, American and Quebec governments attend the meeting as well as representatives of Canadair. It appears that the configuration of the CL-215 renders its certification impossible unless it is in the “restricted category”. This category has restrictions such as:

It was on March 8, 1969, that the CL-215 obtained its certification, but the document contained a large number of exceptions that spanned 13 pages. Then in May, Mr. Gagnon receives the final report from an expert firm that identifies no less than 37 items that do not comply with the purchase agreement. In July 1969, Mr. Gagnon closed his office at Canadair while the file of CL-215 is found at the Ministry of Justice. Mr. Gagnon will make several successful representations to the political authorities to convince them not to accept the CL-215 as non-compliant. The French government will have chosen to accept the planes and the CL-215 entered service with the French civil security in June 1969.

On April 29, 1970, Robert Bourassa of the Quebec Liberal Party won the provincial election and replaced Jean-Jacques Bertrand of the National Union as prime minister. In the following weeks, Mr. Gagnon meets the new Minister of Justice, Mr. Jérôme Choquette, to give him a detailed presentation of the CL-215 file. The Minister of Justice appears inclined to follow the Air Service Director’s recommendation not to accept the CL-215s, which are still not in compliance. Then, a few days later, the air service representatives, including Mr. Gagnon, are invited to a meeting at the Department of Justice to update Canadair. It was during this meeting that the Minister of Justice announced the intention of the Government of Quebec to accept possession of the CL-215 provided that the order was reduced from 20 to 15 aircraft. Paul Gagnon considered this announcement a personal failure and resigned immediately.

It was therefore in June 1970 that the CL-215 entered service with the government air service. With time and upgrades, the CL-215 has finally earned a reputation as a niche aircraft remarkably well suited to its mission of fighting forest fires. For its part, although he opposed the Government of Quebec taking possession of the CL-215, the essential role played by Paul Gagnon in the development of the water bomber was recognized in 1998 when the Royal Canadian Mint issued a twenty-dollar silver coin bearing the image of the CL-215 as a gold cameo from Mr. Gagnon also appears on the coin.

I would like to thank Mr. Paul Gagnon for providing me with a copy of his book: “Les Mémoires du Pilote du Jet à Lesage”, from which I drew most of the information about this saga. Mr. Gagnon sells his book; to obtain it you must contact him at the following address: paulucile@videotron.ca