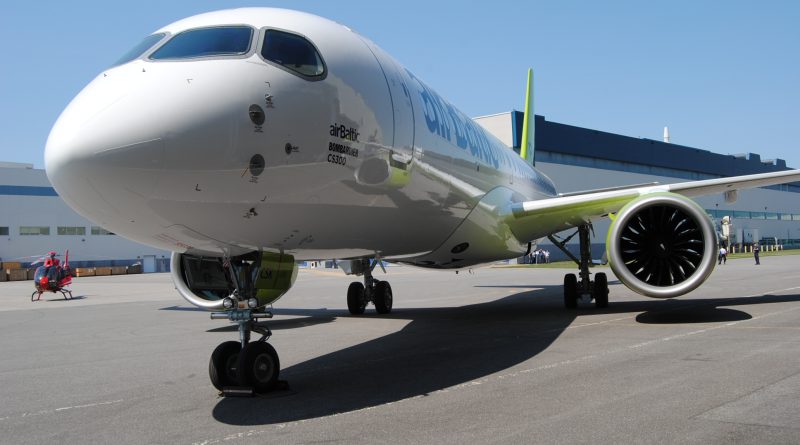 To mark the arrival of the new management team of the C Series Limited Partnership, Airbus organized a ceremony, with simplicity as its guiding principle.

Thus the leaders appeared  on stage without jacket, tie, with there shirts sleeves rolled up. The new boss of the C Series, Mr. Philippe Balducchi insisted on the need to drastically reduce the cost of production of the C Series. Later in a press conference, none of the leaders present wanted to advance on the scale of the reductions to come or on any measure except for the reduction of the price paid to the suppliers.

The new team is confident of being able to sell the C Series and hopes to announce new orders; if not in Farnborough, it would be in the coming months. Mr. Balduchi also mentioned that the delivery target in 2018 was 34, which is the double of  2017.

The whole ceremony lasted just over an hour and a half and the sobriety was obvious, even the boss of Airbus Tom Enders came to Montreal on a regular commercial flight. So that’s a potential customer for the Bombardier Global 7500 business jet.