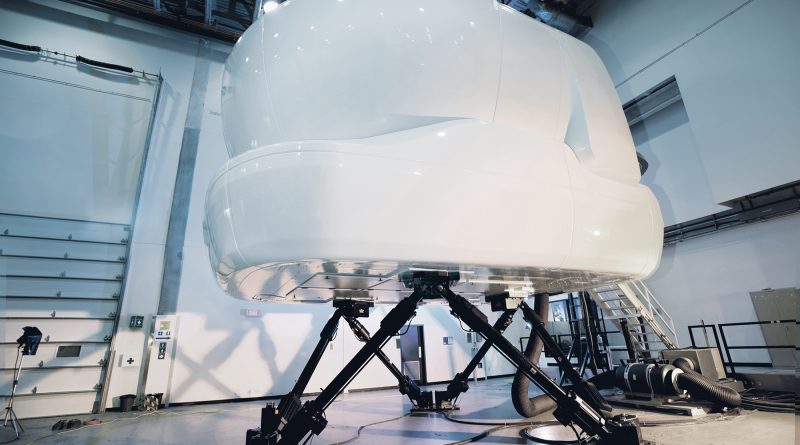 CAE announced today that it is growing its cadet intake at its leading training centre CAE Madrid. In May 2017, CAE announced the expansion of its cadet training network to Spain with its Madrid-based integrated ATPL programme, followed with the launch of a new cadet training programme in partnership with European low-cost carrier Volotea in August 2017. A total of 17 cadets have started at CAE Madrid to date, with the first 6 recently completing the EASA ATPL ground school and commencing the flying phase at CAE’s flagship flight academy in Phoenix, Arizona. The next class of 20 cadets will begin training in the fourth quarter of 2018.

CAE Madrid is the result of a joint venture established in 2004 between CAE and Iberia Airlines. Through this partnership, CAE and Iberia Airlines train over 10,000 pilot and cabin crew every year, serving the growing pilot training needs of multiple operators in Spain and across the region, including Iberia Airlines, Vueling, Volotea, Air Europa, Stobart Air, Air Nostrum, White Airways, and Binter Canarias.

CAE Madrid is home to one of three of CAE’s ab initio academies in Europe, following the highest industry pilot training standards in the world. Leveraging its global training network, CAE delivers cost-effective training programmes in region, from classroom to type-rating training, close to operators’ base. Capitalizing on its rigorous assessment process, the experience of its professional instructors, its comprehensive training programmes supported by an English language preparatory course, CAE ensures the highest cadet success rate, driving the highest ab-initio pilot graduation and placement rate in the industry.

“The demand for professional pilots is on the rise, with more than 50,000 pilots needed in Europe over the next decade, said Nick Leontidis, CAE’s Group President, Civil Aviation Training Solutions. “With our long-standing partner Iberia Airlines, we are proud to be the training partner of choice of Spanish airlines and other operators in the region. Our relationship of more than 50 years with Iberia speaks volumes to the quality of our training programmes and highlights CAE’s commitment to supporting the increasing training needs of our airline partners. We look forward to providing cadet training for tomorrow’s captains for many years to come”.