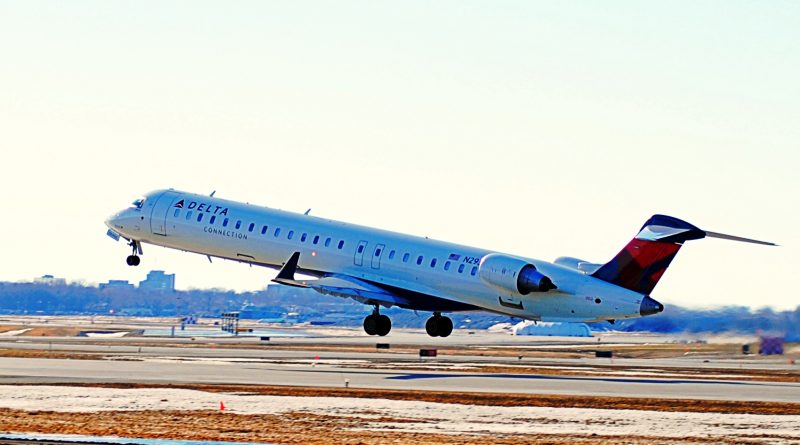 When it announced its order for 25 E-175s to Farnborough, United Airlines became the third US carrier to place an order for regional aircraft after American Airlines and Delta Airlines.

The regional aircraft scope clause which limits their capacity to 76 passengers and a maximum take-off weight of 86,000 LBS in the United States is aimed exclusively at these three carriers. In recent years, it has been widely rumored that this limitation clause will be revised to allow an increase in the number of passengers and the maximum weight of regional aircraft. However, these three carriers have just placed orders for regional aircraft that should be in service for the next 20 years and all have opted for aircraft that meet the current limitation of the scope clause. If these companies thought they could amend the limitation clause in the next few years, they would have included in their respective orders options for larger and heavier aircraft.

Bombardier therefore seems to have made the right choice by keeping its actual engines on the CRJ900 allowing it to keep its maximum capacity and weight within the current limits of the limitation clause. For Embraer and the E2- 175, which has only been ordered by Skywest for a single order of 100 aircraft since its launch in 2013, it is becoming increasingly clear that this aircraft will never be built.