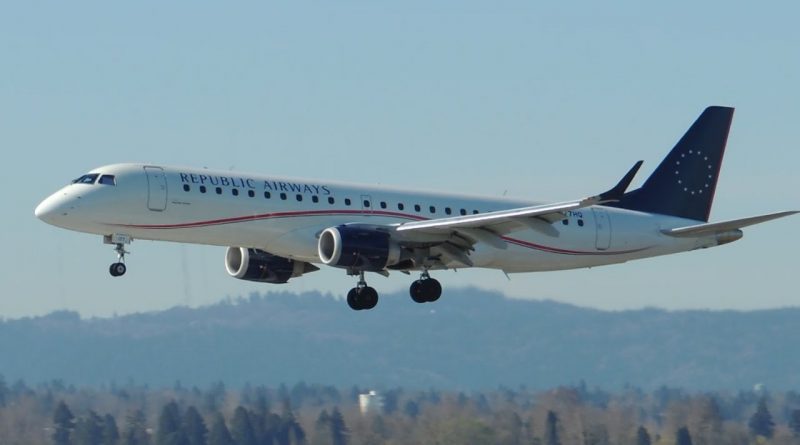 For our part, we received confirmation that it was only two days before the announcement in Farnborough that Bombardier was informed of the discussions between Embraer and Republic. Bombardier tried to make an offer, but with such a short notice it was difficult to put something together. It seems like Republic was not ready to talk to Bombardier before those two days. This is surprising when we know how much airlines like to put OEM’s in competition in order to lower prices.

The situation of Republic is particular since it came out of the protection of the bankruptcy law, American, Delta, United and Embraer hold four of them nearly 75% of the shares of this company. Her board members include Lori Gobillot, formerly from United, David Grizzle, formerly from Continental, and Glenn Johnson, formerly from Alaska Airlines, all E-jet buyers.

The site crankyflier.com poses very good questions and goes as far as to raise the possibility that since it is only a letter of intent, the planes ordered by Republic may never be put in service. For its part, the website air insight.com has not found a logical explanation for this order even if it considers that it is viable.

It must be said that the executive of Embraer were under pressure, because after loosing the successive orders of Jetblue and Moxy, there was a risked of seeing the value of the E-Jet program being questioned. Republic’s order came at a time when discussions between Boeing and Embraer are in a crucial phase.

Like Republic’s order of 40 CS300 placed with Bombardier in 2010, it may well be that the order of 100 E-175 is more useful to the manufacturer’s visibility than Republic’s air operations.