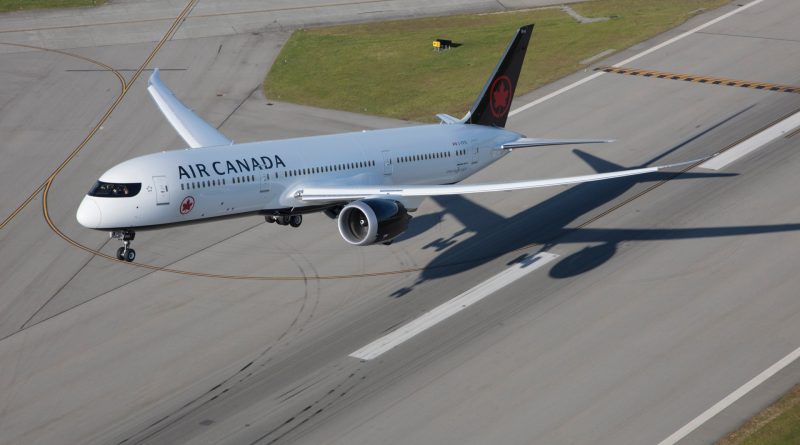 In connection with the renewal of its Issuer Bid, Air Canada has renewed its automatic share purchase plan (the “Plan”) with its designated broker to facilitate the purchase of Shares under the Issuer Bid at times when Air Canada would ordinarily not be permitted to purchase its Shares due to regulatory restrictions or self-imposed blackout periods. Air Canada self-imposes regular blackouts during the period commencing fifteen days prior to the end of each fiscal quarter to and including two trading days after the public announcement of Air Canada’s quarterly or annual financial results. Pursuant to the Plan, before entering a blackout period, Air Canada may, but is not required to, instruct the designated broker to make purchases under the Issuer Bid based on parameters established by Air Canada. Such purchases will be determined by the designated broker based on Air Canada’s parameters in accordance with the rules of the TSX, applicable securities laws and the terms of the Plan. The Plan has been pre-cleared by the TSX and will be implemented effective May 31, 2019.

Air Canada is authorized to make purchases under its Issuer Bid during the period from May 31, 2019 to May 30, 2020 in accordance with the requirements of the TSX.  Purchases will be made by means of open market transactions on the TSX or alternative trading systems, if eligible, or such other means as securities regulatory authorities may permit, including pre-arranged crosses, exempt offers and private agreements under an issuer bid exemption order issued by a securities regulatory authority.  The price to be paid by Air Canada for any Share will be the market price at the time of acquisition, plus brokerage fees, or such other price as the TSX may permit.  Any purchases made under an issuer bid exemption order would be at a discount to the prevailing market price of the Shares in accordance with the terms of the order.

The average daily trading volume of Air Canada’s Shares was 1,178,446 Shares over the period between November 1, 2018and April 30, 2019.  Consequently, under TSX rules, Air Canada is allowed under its renewed Issuer Bid to purchase daily, through the facilities of the TSX, a maximum of 294,611 Shares representing 25 per cent of the average daily trading volume, as calculated per the TSX rules. In addition, Air Canada may make, once per week, a block purchase of Shares not directly or indirectly owned by insiders of Air Canada, in accordance with TSX rules. All Shares purchased pursuant to the Issuer Bid are cancelled.

Air Canada is Canada’s largest domestic and international airline serving nearly 220 airports on six continents. Canada’sflag carrier is among the 20 largest airlines in the world and in 2018 served nearly 51 million customers. Air Canadaprovides scheduled passenger service directly to 63 airports in Canada, 56 in the United States and 100 in Europe, the Middle East, Africa, Asia, Australia, the Caribbean, Mexico, Central America and South America. Air Canada is a founding member of Star Alliance, the world’s most comprehensive air transportation network serving 1,317 airports in 193 countries. Air Canada is the only international network carrier in North America to receive a Four-Star ranking according to independent U.K. research firm Skytrax, which also named Air Canada the 2018 Best Airline in North America. For more information, please visit: aircanada.com/media, follow @AirCanada on Twitter and join Air Canada on Facebook.

This news release includes forward-looking statements within the meaning of applicable securities laws. Forward-looking statements relate to analyses and other information that are based on forecasts of future results and estimates of amounts not yet determinable.  These statements may involve, but are not limited to, comments relating to preliminary results, guidance, strategies, expectations, planned operations or future actions.  Forward-looking statements are identified by the use of terms and phrases such as “preliminary”, “anticipate”, “believe”, “could”, “estimate”, “expect”, “intend”, “may”, “plan”, “predict”, “project”, “will”, “would”, and similar terms and phrases, including references to assumptions.