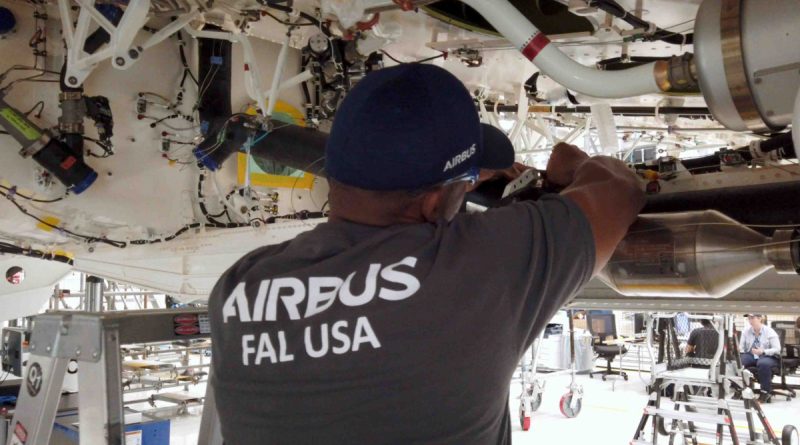 According to what Les Ailes du Québec has learned, an incident occurred at the Airbus plant in Mobile, Alabama.

We translated Airbus’ official statement on this subject: “On Friday 13 September, outside production hours, the fire suppression system was set on in one of the production support hangars of the company. Airbus manufacturing plant in Mobile, Alabama, United States. There was no indication of fire and no employee or contractor was injured.

The hangar has been closed while evaluation teams at the site are trying to determine the cause of the system activation. Two aircraft that were in the hangar at the time the system activated are being evaluated. We are in direct contact with customers to keep them informed. These conversations are confidential and we cannot comment on possible changes to the production or delivery schedule at this time. “

According to our information, the first A220-300 that is currently at Wing Junction Station 2 has been covered with fire retardant foam. Some foam has entered the fuselage, Airbus assesses whether damage has been caused to the avionics systems that were already installed.

At Mobile, Airbus had a lot of buffer to deliver its first A220 on time. The delivery of this aircraft is scheduled for the third quarter of 2020. It will be necessary to see if the customer, Delta Airlines, agrees to take it or prefers to move to the next.