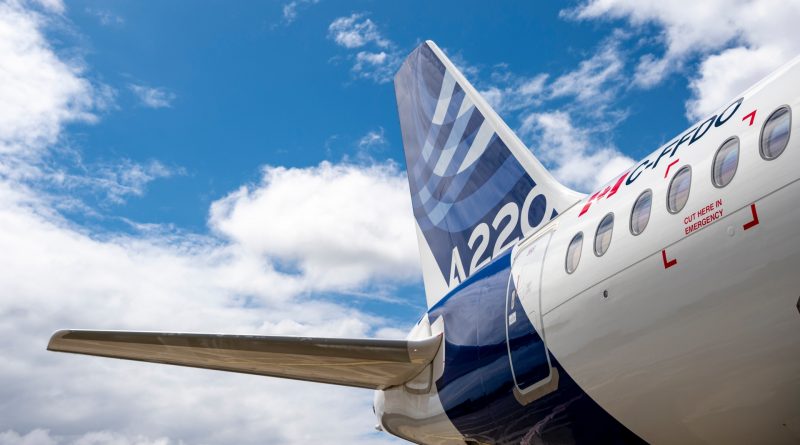 Mr. Faury mentioned that Airbus has four main priorities which are:

• Cost reduction throughout the company

• The development of after-sales services, particularly the digital’s one

According to Mr. Faury, the A220’s success depends on Bombardier’s presence in the program. So there is no question of buying back Bombardier’s share in the next few years. Mr. Faury is thrilled to see the enthusiasm and hopes that Airbus’ presence in Montreal has created. But he wants to emphasize that Airbus must first ensure the success of the A220 before thinking of any new industrial project.

As for the defense sector, Airbus Canada’s strategy is long-term. If the company has given-up with the replacement of Canadian fighter jets, it is looking at other opportunities ahead. Mr. Faury believes that the presence of the A220 will create better future conditions.

MM. Faury and Balducchi also reported on the A220 program. The supplier cost reduction program is progressing well. Some suppliers have already signed the new agreement. Airbus’ goal of reducing A220 costs by 20% in three years is progressing normally.

Over the past year, the number of people working on the A220 in Mirabel has gone from 2,000 to 2,700. Mr. Balducchi says the supply chain is now stabilized and the pace of production is expected to accelerate. Airbus intends to recover the hangars where the CRJs are assembled to install the pre-FAL. It will therefore be necessary to wait for the production end of the CRJ to start the installation of the pre-Fal.

We mentioned to Mr. Balducchi the statement of MOXY Airlines President David Neeleman about an agreement for 20 A220-300s with a range of 4,000nm. Mr. Balducchi states that Airbus discusses with MOXY as it does with all of its customers, but refuses to comment. The nature and details of discussions with customers are confidential. He adds that it is true that A220 customers have a lot of interest for longer-range versions. For his part, Mr. Faury sees a lot of potential in the development of point-to-point. An aircraft the size of the A220 makes it possible to make profitable transatlantic thin routes. The development of the A220-300LR therefore aims to meet the needs of airlines.

The fight against climate change

M. Faury says nearly half of the 6,000 planes in Airbus order book are to replace older and less efficient aircraft. But he recognizes that simply reducing the fuel consumption of modern aircraft is not enough. Mr. Faury says he wants to tackle the decarbonization of air transport and he believes he can do it in 20 years.