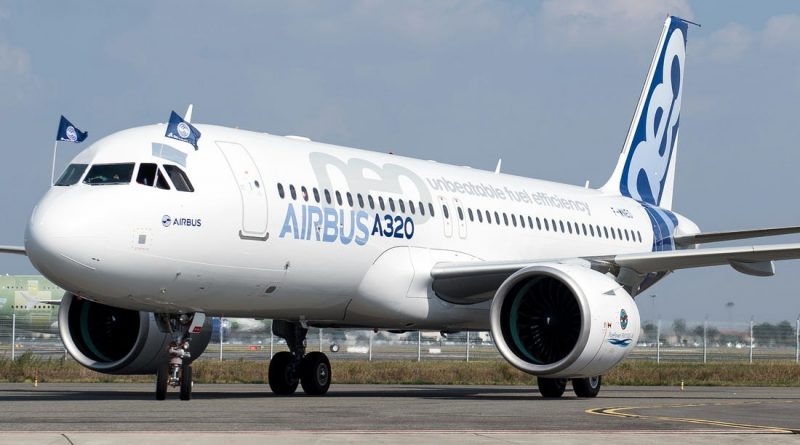 The of the 737MAX production has feeded the Airbus rumors machine. In this text we will separate the facts from the rumors.

The effects of a protracted crisis

When the FAA banned the 737MAX from flight on March 13, 2019, it was impossible to predict what would happen next. The current situation is unprecedented and therefore we must expect unprecedented action; airlines are particularly affected by this crisis. In 2020, they may have to make drastic decisions, including canceling their order for 737MAX.

The order book for the A320 family stands at more than 6,200 units compared to 4,500 for the 737MAX. You don’t have to be a genius to understand that orders for the A320 family will accumulate in 2020. While those for the MAX will take the opposite direction. This will create additional pressure on Airbus to deliver more aircraft and faster.

But there is one fundamental fact that has not changed for Airbus: increasing production rates takes time and planning.

Airbus is ramping up production of the A320 family, it is not a secret, but a well-established fact. Airbus still has the short-term goal of producing 63 aircraft per month. The company may well also be announcing another ramp-up to 72 aircraft per month. In fact, Airbus has been talking about 72 A320s per month for several years.

The first step to increase the production rate is through the optimization of existing assembly lines. This is what Airbus is currently doing, while in Tianjin, China, the monthly rate will rise from 4 to 6 units. In Mobile, Alabama, it will grow from 5 to 7 planes per month.

Airbus is rumored to be on the verge of announcing a second A320 assembly line at Mobile. While this is possible, it would be very surprising if the announcement was imminent; with the A380 production halt, Airbus will have to lay off nearly 2,000 employees in Toulouse: Airbus is also considering installing a second assembly line dedicated to the A321 in Europe. The debate is raging because according to the Germans it is in Hamburg that it should be installed. For the French, it is in Toulouse that the new A321 line must be built. Imagine the reactions in Europe if Airbus chose Mobile in front of Hamburg and Toulouse.

The longer the MAX crisis continues, the more Airbus will be called upon to produce more than 72 A320s per month. But before announcing a new assembly line, the company must secure its supply chain. And it is far from being done. To get there, Airbus will have to be imaginative and daring. The MAX crisis offers an opportunity that Airbus must seize.

Another rumor also reports the establishment of an A350 assembly line in North America. According to this rumor, Airbus hesitates between Mirabel and Mobile.

As of December 31, the A350 order book stand at 579 units. The production rate in Toulouse is now 10 units per month. At this rate, Airbus would take less than five years to burn true the backlog, which is not unusual. In addition, demand for large aircraft has slowed in the past two years. Before opening a second assembly line, Airbus would be well advised to optimize the one in Toulouse.

Since the beginning of the 737MAX crisis, the A220 has been the subject of all kinds of speculation, especially on this side of the Atlantic.

It is important to remember that the assembly lines of Mirabel and Mobile have an annual capacity of 160 aircraft. The current order book is around 500 units, wich represent just over three years at full capacity. Before adding capacity, Airbus must fill the A220’s order book even more. The suppliers of the A220 we consulted did not receive a request for a production increase from Airbus.

In addition, as long as the pre-FAL is not completed, the addition of one more industrial capacity would be premature. Obviously, if Airbus gets enough orders for the A220 in 2020, it will have to adapt. But it will take much more than two or three hundred additional orders to review the industrial strategy of the A220.

The rumor about the A220-500 is expected to persist at least for several months. This is normal since this plane could replace the 737MAX8. But the airlines will have the final word for the launch of the A220-500. The more they are ready to order large quantities, the more tempted Airbus will be to move forward. The longer the 737MAX ban, the more airlines will seek long-term alternatives. The tipping point for Airbus is between 300 and 500 commitment.

There’s no doubt that 2020 will be a busy year. The decisions that used to take years to come to fruition will take a few months. The prolongation of the 737MAX crisis offers opportunities to Airbus. But if decisions can be made faster, the order in which they arise is the same. Before adding new assembly line the following three conditions must be met:

• Having pushed existing assembly lines to their maximum.

• Work with the supply chain to ensure it will deliver.

As of January 10, 2020, only the A320 family as a very big backlog. So be careful with the rumors about the industrial capacity increases for the A220 and A350.

Obviously, Airbus must do everything to increase the pace of the A320 family. The ramp-up problem in the A320 supply chain is a fact. We will have to see what solutions Airbus will adopt.