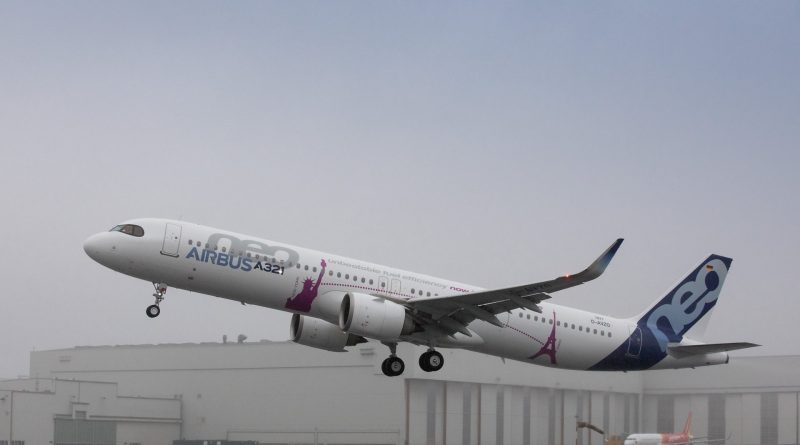 With 205 seats, the A321NEO-LR offers much more flexibility for an airline compared to the A330-900NEO. For example; By deploying the A321NEO-LR on routes such as Montreal-Toulouse or Montreal-Lyon, Air Transat will be able to increase its frequency from 4 to 7 days a week without risking a surplus of seats, while improving the offer for travelers.

For the Montreal-Paris route, Air Transat currently offers two flights per day with A330-300s for a total of 750 seats available. But during the peak summer rush, if it takes an A330-300 off that route to replace it with two 205-seat A321NEO-LRs, it increases the number of seats available up to 775 seats with 3 daily flights instead of 2. Then when come the slower the fall time, she has the opportunity to remove a first A321NEO-LR reducing the capacity to 575 seats while maintaining two daily flights. This additional flexibility allows the offer to be adjusted more gradually than A330-300s with 375 passengers while maintaining a high occupancy rate.

The other big advantage of the A321NEO-LR is that it can also be deployed on shorter routes like sun destinations while retaining the advantage of its low operating cost. With a fleet of 15 A321NE0-LRs, Air Transat will be able to offer more seats in winter on its best destinations, but still with a high occupancy rate.

As for the operating cost of the A321NEO-LR, it is difficult to establish it accurately since it is not yet in service. However, Air Transat can use the operating data of the A321NEO already in service with other airlines. Moreover, as she will be among the first airlines to use the A321NEO-LR, she has access to the data that Airbus gets during test flights. The fact that Air Transat chose to order 5 more is an indication that its operating cost per seat per available mile is lower than that of the A330-300 and that it is possibly very close to that of the the A330-900NEO.

As for its acquisition cost, according to the 2018 price list of Airbus, the A321NEO is selling US $ 118.3 million while the A330-900NEO is US $ 296.4 million and as can be seen , two A321NEO-LR come back cheaper than A330-900NEO. Although it is acknowledged that Airbus gives very generous discounts on its catalog price to all its customers, this does not change the proportion and it is always more advantageous to buy two A321NEO-LR even after the discounts.

Given the small size of Air Transat with only 30 long-haul aircraft, having ordered 15 A321NEO-LR clearly means that this aircraft will be its main battleground during the 2020s.