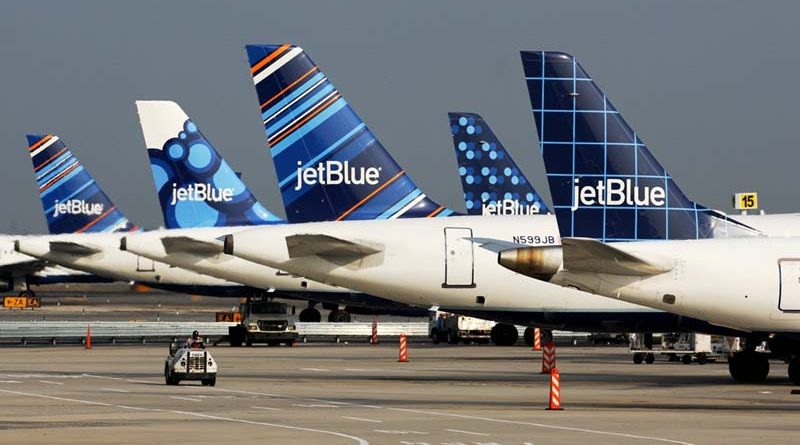 Over the past two weeks, we have received several questions and comments about JetBlue and a potential C Series order. JetBlue is indeed looking for an alternative for its E-190s and we talked about it last February. JetBlue had time to examine Bombardier’s proposal, which since July 1 becomes Airbus proposal. Embraer also made a proposal to JetBlue, which means that the C Series is not alone in the race and that it will not be an easy order to win.

Although the purchase price is always a determining factor in the choice of an aircraft type, in the case of the JetBlue order there are other important factors that can tip the balance in favor of the C Series. The first is the size of the C Series cabin which is almost two feet wider than the E-2, giving JetBlue the option of offering its popular business class service called Mint on shorter or less busy route. Mint service seats can be tilted horizontally to serve as a bed, so they take up a lot of space. JetBlue operates over 60 E-190s configured to 100 seats in a single class; the CS-100 would allow JetBlue to offer at least 8 Mint seats while maintaining the same total of 100 seats per aircraft.

The prevailing political climate in the United States means that US companies are more reluctant to buy manufactured goods abroad. If JetBlue were to opt for the C Series, she would like all the aircraft that come to her to come from Mobile in Alabama. Delivery times become a problem since Airbus and Bombardier originally planned to start production in 2020; this mean that before 2022 very few delivery slot are available. Other potential customers in the United States would have the same requirements and this would explain why the construction of the C Series assembly line in Alabama could be advanced in the fall of 2018 in order to meet the demand.

A final factor to consider is the relationship of trust between a buyer and a seller. JetBlue is a very satisfied Airbus customer. As for its relationship with Embraer, the fact that JetBlue wants to replace its fleet of E-190 when the average age is less than 10 years is an indication that tings may not be at there best between the two. Embraer can not ask JetBlue to postpone the decision date, hoping for a helping hand from Boeing when it takes control of E2, as the relationship between JetBlue and Boeing is virtually non-existent.

No matter what JetBlue chooses, an announcement at Farnborough is quite possible.

One thought on “About JetBlue and the C Series”