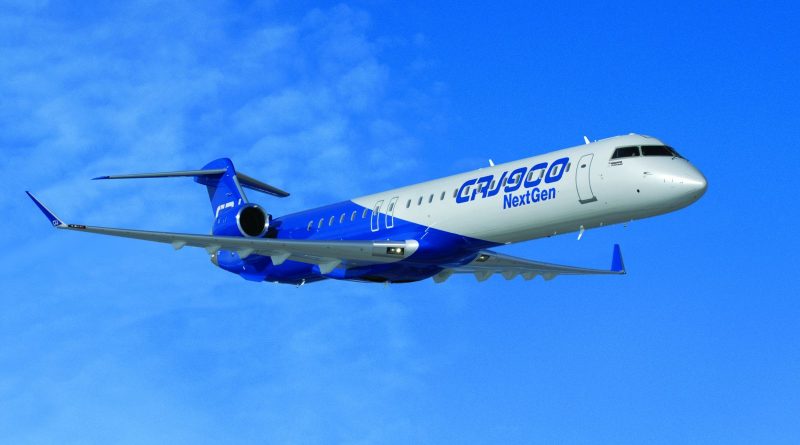 At the Farnborough Air Show this year, Embraer won the Order rally with 125 firm orders for the E175 compared to only 4 for the CRJ 900 from Bombardier.

Since then, a comment that has come back often is that the CRJ is technologically outdated and has no future. In our opinion this statement is wrong and here’s why: first of all it must be remembered that from March 2013 to March 2018, Embraer had waged a price war in the US market against the CRJ900 which had allowed him to win all orders. Then in May and June 2018, Bombardier managed to get 15 and 20 CRJ900 orders from American Airlines and Delta Airlines marking the return of the CRJ on the US market.

Then in Farnborough, Embraer managed to regain the upper hand thanks to successive orders of 25 E-175 from United Airlines and 100 E-175 from Republic Airlines. It is only the first-generation E-Jet 175 that Embraer was able to sell, however, this generation as the same engines as the CRJ and include very little innovation compared to it. Also note that Republic had never ordered a CRJ before, only E-jet, which means that it is a customer that Embraer has kept. By selling only first-generation E-175s rather than the next-generation E2-175, Embraer recognizes that the new version is useless.

But there is still a large order of future regional aircraft, that of Skywest, which sooner or later will have to replace orders of 100 MRJ90 and 100 E2-175 by orders for aircraft meeting the scope clause in the United States . If Bombardier wants these two orders, she will have to work hard. But the CRJ 900 now has a significant advantage over the E-175 and it is delivery slots. Since the E-175 is produced on the same assembly line as the E2, the firm order total for this assembly line is now approaching 500, if the order of 100 E2-175 from Skywest is withdrawn, which represents 5 years. If an airline hopes to quickly obtain regional aircraft by the end of 2021, it will have to turn to Bombardier and the CRJ.