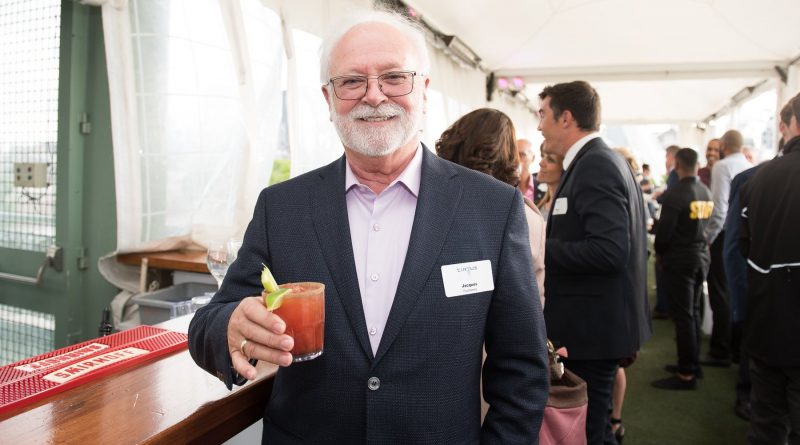 On June 21, 2018, Jacques Prud’homme, President of Nolinor Aviation, celebrated his 50th anniversary as an air transport operator in Quebec. Wings over Quebec had the privilege of meeting with him recently to discuss this exceptional career.

Mr. Prud’Homme started flying on the plane of his father who was an entrepreneur and owned a cement plant in Lanaudière. He completed his commercial pilot license at the age of 17. Then he had the opportunity to acquire Cargair with his father in 1968. For the young pilot he was then, becoming an owner of an bush aviation company was an opportunity to fly not to be missed. He therefore embarked on the adventure without knowing exactly what was waiting for him.

At the beginning, Cargair had only one aircraft, a Cessna 206 on a float, and over time the fleet grew to include 16 planes at the end of 1975. In the 1970s, it was the Wild West in the air transport, especially in bush operations. There were then several aircraft owners who were engaged in commercial operations without having a Transport Canada operating certificate. These illegal companies did not respect any rules and caused enormous harm to the companies in good standing. It is this situation that pushed Mr. Prud’Homme to regroup the Quebec aviation companies by forming the AQTA.

Mr. Prud’Homme created a real revolution in the world of bush aviation in Quebec by deciding to bring a scale to the dock in order to weigh the goods before loading it on board seaplanes. Coincidentally, the load for the small Cessna 185 was heavier than expected and ended up in the larger Cessna 206. The arrival of the scale created a cascading effect forcing customers to charter the right aircraft even though it was more expensive. Mr. Delorme remembers some of the epic discussions that took place.

“When I announced to hunters or fishermen that the beer crates should stay on the platform, the tone would go up and the conversation would become very noisy. ”

But by arguing, he managed to convince customers and his competitors of the need to weigh loads.

Mr. Prud’Homme admits he is not very patient in nature, he hates waiting in line at the bank or waiting a long time before being served in the restaurant. It was this impatience that drove him to always want to provide excellent service to his customers and he strived to be on time. He used a very simple principle, never to make a promise that can not be kept and that is how he always delivered to his customers the service he had promised them.

In 1988, Jacques Prud’Homme sold his shares to his brother, but the entrepreneurial spirit was still present and in 1989 he launched the company Epand’Air. Then in 1999, he acquired 23% of Nolinor’s shares and also obtained the management contract for this company. Over the years, he and the Prud’Homme family have bought all of Nolinor’s shares.

The accumulated experience in bush operations has been helpful for the operation of much larger aircraft. One of the first things he brought to Nolinor is to have a “fly away kit” in every plane that contains the parts and tools most likely to be useful. A mechanic is also present on each flight to be able to carry out the repairs and sign the maintenance log, even when the aircraft is on an isolated runway in Canada’s Far North.

The purchase of his first B737-200 forced him to show patience that he did not know when it took almost two years to get the aircraft into service. With the B737-200, it is not only the weight of the devices that has increased, the level of aggressiveness of competitors has also increased. Seeing Nolinor arrive, his competitors bought all the B737-200 gravel kits for landing on gravel ruway, which seriously compromised his chances of operating the aircraft. As there remained kit in the countries of the former Eastern Bloc, Mr. Prud’Homme mandated a person who finally found two. He learned the lesson well and nowadays he makes sure to get his hands on each of the gravel kit that becomes available. Today, Nolinor is the largest B737-200 operator in the world with 8 aircraft in service.

Despite having sold his children and working only three days a week in the company, the interview with Mr. Prud’homme lasted more than an hour. His passion for aviation and the pleasure of working there are still palpable. During the interview, he demonstrated a surprising lucidity in analyzing the strengths and weaknesses of his opponents. He is definitely not one to underestimate his competitors and this makes him a formidable opponent.

Mr. Prud’Homme has more than 7,000 flying hours as a bush pilot and remains a great hunting and fishing lover. During the summer season, he managed to accumulate about 165 hours of flight on his helicopter, which he fly on the left as if he were on a plane. He is obviously very proud and satisfied with his 50 years spent in aviation, he says, “that he never made a deficit”.