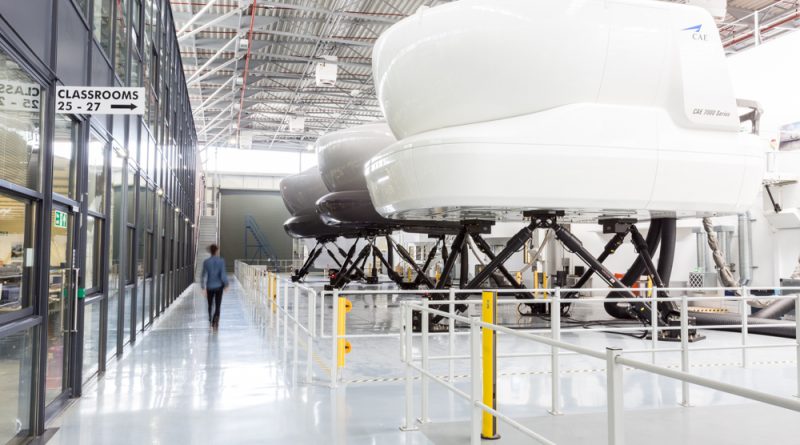 “CAE’s performance in the first quarter was led by Civil, which demonstrated double-digit growth and strong customer demand for CAE’s innovative training solutions,” said Marc Parent, CAE’s President and Chief Executive Officer. “We are making significant inroads with our training strategy, as evidenced by 26 civil full-flight simulator sales year-to-date and a series of recent, long-term airline training partnerships we have announced, including Singapore Airlines, Avianca Airlines, Jetstar Japan and Asiana Airlines. In Defence, we are also making good progress with the acquisition of Alpha-Omega Change Engineering, which, together with our new Proxy structure, expands our position in the US defence market by enabling us to pursue higher-level security programs. As we look to the remainder of the fiscal year, our expectations for CAE’s annual growth outlook remain unchanged. In keeping with our capital allocation priorities, and underscoring our positive long-term view, I am pleased to announce that CAE’s Board of Directors has approved a one cent or 11% increase to CAE’s quarterly dividend, which becomes 10 cents per share, effective September 28, 2018. This represents CAE’s eighth consecutive dividend increase in as many years.”

During the quarter, Civil signed training solutions contracts valued at $499.3 million, plus additional contracts involving joint ventures, including an exclusive long-term pilot training agreement with Asiana Airlines which involves the adoption of the CAE RiseTM training system. CAE RiseTM is a digital innovation that allows instructors to deliver standardized training in accordance with airline Standard Operating Procedures and enables the objective assessment of pilot competencies using live data during training sessions, and through deep analytical insights. In addition, Civil signed a new agreement to create a pilot training joint venture in Colombia with Avianca Airlines and entered exclusive long-term training contracts with Volaris and OJets. Civil sold 18 full-flight simulators (FFSs) during the quarter to customers in all regions. Since the end of the quarter, Civil has signed eight FFS sales, for 26 year-to-date, and it commenced operations of the Singapore CAE Flight Training Pte. Ltd. joint venture for pilot training.

The Civil book-to-sales(1) ratio, not including orders won by joint ventures, was 1.16x for the quarter and 1.45x for the last 12 months. The Civil backlog at the end of the quarter was $4.1 billion.

During the quarter, Defence booked orders for $166.9 million. Notable wins include a contract from the U.S. Navy to provide instruction at five Naval Air Stations to support primary, intermediate and advanced pilot training. As well, Defence was awarded contracts involving training for the Brunei Ministry of Defence’s S-70i Black Hawk simulator, upgrades on German Air Force Tornado simulators, and support solutions for the Royal Canadian Air Force’s CF-18 aircraft. Since the end of the quarter, Defence acquired Alpha-Omega Change Engineering (AOCE) to enhance CAE USA’s core capabilities as a training systems integrator (TSI), grow its position on enduring platforms such as fighter aircraft, and expand the ability for CAE USA to pursue higher-level security programs in the United States. As well, Defence was awarded a contract of over $50 million, including options, to provide the Royal New Zealand Air Force with CAE’s new 700MR Series flight training device for the NH90 helicopter. The contract also includes the provision of long-term maintenance and support services upon delivery of the simulator in 2020.

The Defence book-to-sales ratio was 0.62x for the quarter and 1.20x for the last 12 months (excluding contract options). The Defence backlog, including options and CAE’s interest in joint ventures, at the end of the quarter was $3.9 billion.

Healthcare launched the CAE Ares emergency care manikin during the quarter, which is designed to meet the life support training requirements of emergency care providers worldwide. As well, Healthcare, together with the American Society of Anesthesiologists (ASA) launched the Anastesia SimSTAT – Appendectomy module, the latest in a series of interactive screen-based modules approved for Maintenance of Certification in Anesthesiology credits.

Free cash flow(6) from continuing operations was negative $85.8 million for the quarter compared to negative $37.9 million in the first quarter last year. The decrease in free cash flow results mainly from a higher investment in non-cash working capital. CAE usually sees a higher level of investment in non-cash working capital accounts during the first half of the fiscal year and tends to see a portion of these investments reverse in the second half.

Income taxes this quarter were $10.9 million, representing an effective tax rate of 13%, compared to 16% for the first quarter last year. The tax rate this quarter was lower due to the impacts of tax audits in Canada, partially offset by a change in the mix of income from various jurisdictions. Excluding the effect of these tax audits, the income tax rate would have been 19% this quarter.

Return on capital employed(10) was 14.6% compared to 10.7% last year. Excluding the impacts of fiscal 2018 income tax recovery related to the U.S. tax reform and net gains on strategic transactions relating to our Asian joint-ventures, ROCE would have been 12.6% this quarter.

CAE’s Board of Directors has approved an 11% increase to CAE’s quarterly dividend, which becomes 10 cents per share, payable September 28, 2018 to shareholders of record at the close of business on September 14, 2018.

During the three months ended June 30, 2018, CAE repurchased and cancelled a total of 267,100 common shares under the Normal Course Issuer Bid (NCIB), at a weighted average price of $24.42 per common share, for a total consideration of $6.5 million.

CAE’s core markets benefit from secular growth and the Company expects to exceed underlying market growth in fiscal year 2019. In Civil, the Company expects to continue generating low double-digit percentage operating income growth as current momentum for its innovative training solutions translates into market share gains and new training customer partnerships. As well, Civil expects to maintain its leadership position in FFS sales. In Defence, the Company continues to expect mid to high single-digit percentage operating income growth as it delivers from backlog and continues to win opportunities from a large pipeline. CAE expects Healthcare to resume double-digit growth this year with its broader market reach, expanded offering, and the continued launch of innovative products. The Company expects revenue and profit to be weighted to the second half of the fiscal year, owing to the impact of the adoption of IFRS 15 as it relates to simulator product deliveries, and a five-week work disruption which preceded the successful negotiation of a new collective agreement of a four-year term and one year option with CAE’s manufacturing employees in Canada. The Company is currently working to accelerate production to mitigate the impact of this action. CAE continues to prioritize measured and profitable growth investments, and commensurate with the current increased scale and a higher level of opportunity for market-led investments offering accretive returns and free cash flows, it expects total capital expenditures to be approximately $200 million in fiscal 2019. The deployment of growth capital will continue to be driven by and supportive of growing customer training outsourcings. Management’s expectations are based on the prevailing positive market conditions and customer receptivity to CAE’s training solutions as well as material assumptions contained in this press release, quarterly MD&A and in CAE’s fiscal year 2018 MD&A.

IFRS 15 – Revenue from Contracts with Customers

Effective April 1, 2018, CAE adopted IFRS 15 – Revenue from Contracts with Customers, which changes the way the Company recognizes revenue for certain of its customer contracts. The main impact of IFRS 15 to CAE is the timing of revenue recognized for certain training devices that were previously accounted for using the percentage-of-completion method that no longer meet the requirements for revenue recognition over time. Revenue for these training devices are instead recognized upon completion. While this change impacts the timing of contract revenue and profit recognition, there are no change to cash flows from the contract. The financial results reported in the press release for the fiscal year ended March 31, 2018 have been restated to reflect the accounting changes required by IFRS 15 as the Company adopted the standard retrospectively this fiscal year. For more detailed information, including the impact on CAE’s fiscal 2018 results, refer to Note 2 of the interim consolidated financial statements for the quarter ended June 30, 2018.

Readers are strongly advised to view a more detailed discussion of our results by segment in the Management’s Discussion and Analysis (MD&A) and CAE’s consolidated financial statements which are posted on our website at www.cae.com/investors.

CAE’s consolidated financial statements and MD&A for the quarter ended June 30, 2018 have been filed with the Canadian Securities Administrators on SEDAR (www.sedar.com) and are available on our website (www.cae.com). They have also been filed with the U.S. Securities and Exchange Commission and are available on their website (www.sec.gov). Holders of CAE’s securities may also request a printed copy of the Company’s consolidated financial statements and MD&A free of charge by contacting Investor Relations (investor.relations@cae.com).