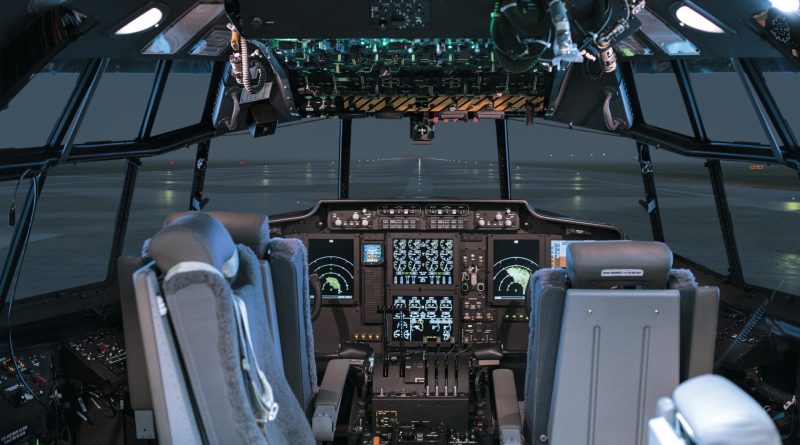 After 10 years of consecutive growth, CAE is looking forward with optimism as the backlog of major OEM is filled for the next ten years and 300,000 more pilots will be needed for these aircraft during this period. Since CAE generates 58% of its revenues in the civil aviation training sector, it can rely on the growth of this sector to increase its revenues in the future.

CAE is the leader in pilot training with more than 120,000 per year pass thru it facilities and having agreements with more than 40 major airlines; it has a network of 65 training centers scattered around the globe. In fact, CAE is a unique company in the world because it is the only one that is totally dedicated to training. Its annual research and development budget in 2018 was $ 114 million and will be increased to more than $ 150 million for the next five years. To fund its $ 750 million investment in digital intelligence, CAE will use its own funds generated from its gross margin and will not need to borrow. We can really say that innovation is part of the DNA of this company which filed 71 patents and patent applications for the year 2018 alone.

In the military sector, CAE USA has just been awarded the “Top Secret” classification, which gives it access to a market whose turnover is approximately $ 3 billion a year. Prior to this classification, it could bid on some defense contracts, but it did not have access to Top Secret classified activities such as pilot training on the F-22 fighter jet. Obtaining this classification explains the recent acquisition of the American company Alpha-Omega Change Engineering (AOEC), headquartered in Williamsburg, Virginia. The latter provides a range of crew training, assessment and operational testing services and technical support services to the U.S. Department of Defense and the US intelligence community. With AOEC, CAE now has expertise in this highly specialized field and is better equipped for future submissions.

Another pioneering industry where CAE is particularly good is the geospatial information sector, and on pages 13 and 14 of CAE’s 2018 Annual Information Form it says:

“The adoption of the CBD (previously known to as the Common Database and originally designed by CAE) in fiscal 2016 as an Open Geospatial Consortium (OGC) standard brought the geospatial intelligence, modeling and simulation industries together to establish greater interoperability of geospatial data. In fiscal year 2018, OCG’s CBD was also approved for the US Department of Defense (DoD) Information Technology Standards and Profile Registry (DISR). The DISR is the single, unifying DoD registry for approved standards profiles for Information Technology (IT) and National Security Systems (SSN) managed by the Defense. Information Systems Agency (DISA). The DISR baseline list IT standards that are mandated for use in the DoD acquisition processes. The applicant of the CBD standard to future simulation architectures will significantly reduce the development, update, and configuration management timelines for the  creation of synthetic databases. ”

In other words, CAE has created a standardized GPS database that all US military and intelligence services can all use rather than having their own database. CAE has therefore taken a step ahead in the use of geospatial data for the simulation of complex missions.

According to CAE President and Chief Executive Officer Marc Parent, the company should not diversify into new areas as future growth in areas where it currently operates will provide it with ample opportunity. As a result, earnings and profit growth can be expected to continue for many years at CAE.