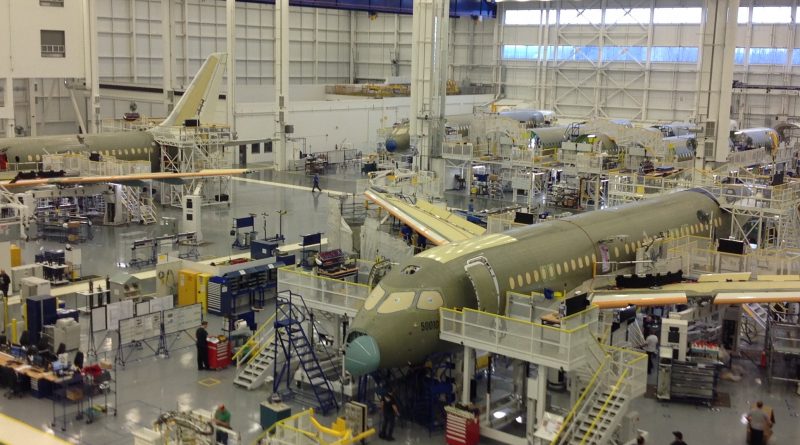 Since Bombardier delivered its first aircraft to SWISS on June 26, 2016, the production of the A220 has been rather chaotic and deliveries were often sluggish.

But the assembly line finally shows signs of stability, while August is the fourth consecutive month of three deliveries. With a total of 18 deliveries in 2018, the target of 34 deliveries becomes achievable with another 16 deliveries to be made in four months.

The fact that it had 3 deliveries in July and August despite the two weeks of annual shutdown gives an indication that there is an increase in the capacity of the line. Pratt & Whitney would now be able to deliver more engines to the Mirabel plant.

According to our sources, three A220s are currently in the hangars of Avianor, which is a subcontractor of the C Series Aircraft Limited Partnership (CSALP), to complete their interior. Avianor would have sixty positions to fill in order to complete his team on the A220. Avianor’s A220 maximum interior finishing capacity is two to three aircraft per year, and its services will be retained to relieve congestion at the CSALP assembly line in Mirabel.

While the E2, which is the rival of the A220, went into service last spring, it is now crucial to be able to make a faster pace to be able to take over the deliveries and especially to be able to deliver planes quickly to a new buyer.

4 thoughts on “The production ramp up of the A220 is gaining momentum.”