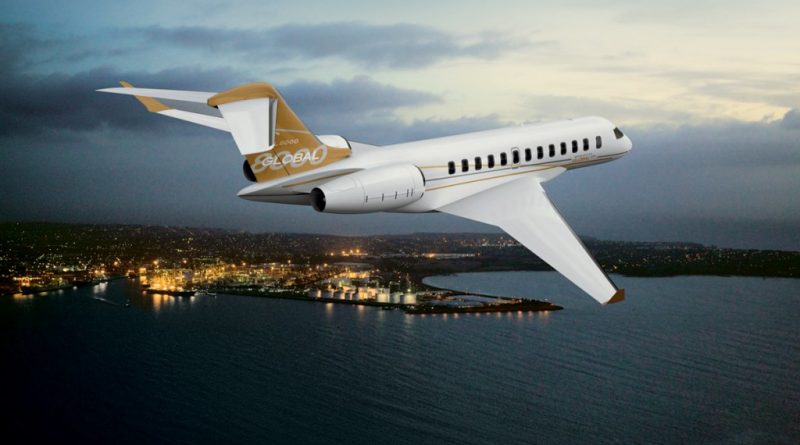 If Bombardier wanted to increase the range of the Global 7500 to 8,000 nm, it would be very easy to achieve with the addition of an additional tank that can hold 500 pounds of fuel, on an aircraft of this size this represents less than 0.5% of the maximum take-off weight. The other solution is to increase its range by 4%, the passport engine is new and could deliver by itself a 2% range increases within the next five years.  This version of the Global, would then have a range of 500 nm greater than that of its closest competitor the G650ER with a 7 feet longer cabin.

As for the Global 8000, this name is unlikely to be used because if we apply the same increase in range as that of the Global 7000, this brings it to 8 300 nm. To reach 8,500 nm, it would need a tank that can contain only 330 pounds of fuel or a 2,5% range increases. If Bombardier engineers are not able to stretch the range of the Global 8000 to 8500 nm, then they deserve to be fired. The Global 8500 name is therefore very likely.

Bombardier still has not announced when it will begin testing the Global 8000 (still its official name on the Bombardier website), nor when it expected to deliver the first copy to a customer. If we ask the question to Bombardier Business Aircraft, the answer would probably be something like “Bombardier is currently focusing on launching the production of the Global 7500 as well as testing the Global 5500 and Global 6500 and will make an announcement on the Global 8000 when the time comes”.

But just between you and me, it’s very obvious that for Bombardier Business Aircraft the Global 8000 or 8500 or 9000 is the card that the management is keeping in its hand in order to be able to replicate to the next version of the G650ER from its competitor Gulfstream. If necessary, Bombardier could still put together a Global 9000, especially as rumors circulate that there is still a lot of room for improvement.