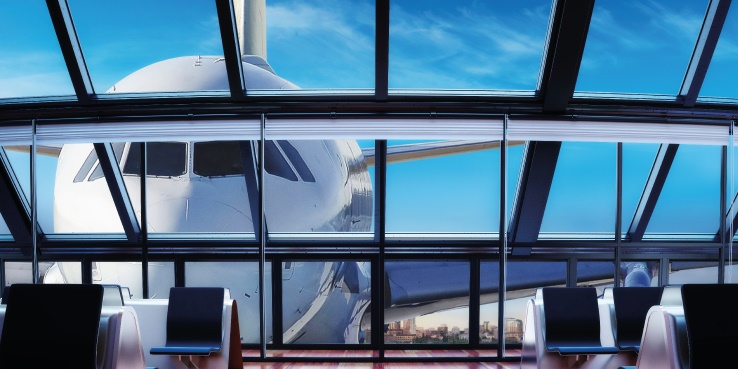 For the past two weeks, we have received questions from our readers about the impacts of cannabis legalization in the aviation and aerospace industry.

We found an excellent text on cannabis use and piloting written by Jean La Roche, FRAeS, director of research and development at the Quebec Aerospace Training Center.

“For the last few years, co-workers, trainers and medical examiners of aircraft pilots have been worried about an increase in cannabis use among pilots. The phenomenon is often described as a trivialization of cannabis use. A current of misinformation seems to have a greater influence on young pilots at the beginning of their careers, who are unaware of the administrative and legal repercussions of cannabis use. The present text is a factual retrospective of the consequences related to cannabis use by Canadian pilots.

Cannabis affects neurotransmitters in the brain and decreases psychomotor coordination and short-term memory (Baselt 2001, Leirer, Yesavage & Morrow, 1991). As a direct result of political and media interest, cannabis research budgets, virtually non-existent in the past, have recently allowed scientists to better understand the active substances of this drug, the beneficial effects in some individuals and the harmful effects to the drug. medium and long terms. It is particularly known that cannabis today is several times more powerful than that of the past. In 40 years, the THC concentration has gone from 4% to 20-30% while the CBD beneficial substance that limited the effect of THC has gone from 4% to 0. Not only is cannabis today more toxic but the substance that had the potential to limit toxicity has disappeared. THC plays a role in the emergence of serious mental illnesses that otherwise would have remained latent in the individual (Bersani, Orlandi, Kotzalidis & Pancheri, 2002; Hambrecht & Hafner, 2000). These diseases (schizophrenia, paranoia, hallucinatory psychosis, mania, etc.), when reported, are incompatible with the theft and result in the suspension of the medical validation certificate for an indefinite period.

Structured air carriers require drug testing when recruiting new pilots. Some people perceive recruitment as a predictable event, allow themselves to consume cannabis by considering stopping a few months before hiring and resume consumption once recruited. Although random testing at work is not used in Canada, pilots should be aware that drug testing is conducted as a result of aeronautical incidents, either by the carrier itself, or by civilian authorities or even military authorities in some overseas countries. Of course, it is impossible to predict the timing of an aeronautical incident (leaving the track following a puncture, excursion on an active IFR track). Needless to say, it is equally unthinkable to predict in which country the incident will occur.

The excuse most often cited by errant pilots is that they are victims of secondhand smoke in the days prior to screening. However, screening tests are calibrated to eliminate the levels associated with exposure to second-hand smoke (false positives). When a screening test is positive, the candidate is considered a consumer and the chain of administrative consequences begins immediately.

In Canada, the positive test of cannabis in the body of a pilot will cause him to lose his medical validation certificate with automatic and immediate cessation of his pilot duties within the carrier. The period of suspension of the medical certificate depends on the active participation of the pilot in a rehabilitation program and a close follow-up by a recognized multidisciplinary team. This type of program must be approved by Transport Canada and is currently in effect only in major unionized airlines. Experience shows that approximately 8 times out of 10, it is possible to reinstall the pilot in his / her duties after 3 months of treatment, on a probationary basis for a minimum period of 2 years governed by a letter of agreement that may include random tests. It is always on the pilot that rests the obligation to prove his rehabilitation after the therapy.

Demonstrating its rehabilitation with Transport Canada is a delicate process even when the pilot is treated by a competent team, is supported by colleagues specially trained in moral support and benefits from salary insurance. allowing him to devote all his energies to achieving his goals. On the other hand, a pilot left on his own has his period of suspension automatically set at 2 years by Transport Canada. Without organized support and no pilotage income, proving his rehabilitation is extremely difficult, the suspension often extends beyond the initial 2-year period and sometimes costs his career to the pilot.

When detected as a result of an aeronautical incident, the presence of cannabis in the body of a pilot makes him lose his professional insurance coverage, regardless of whether the intoxicant is contributory to the incident or not. This consequence quickly becomes catastrophic for the family and the individual in the event of civil damages claims. In this case, the pilot loses not only his livelihood, but also his personal property.”

The important thing about this text from Mr La Roche is that the legalization of cannabis use does not change the regulations in place in the airline industry as well as in the aerospace industry, nor will it change the internal regulations. from an employer. It will be forbidden to consume and be under the influence of cannabis or alcohol in the workplace after the adoption of the law just as it is now.

For my part, in the past, I was aware of two cases of employees working on the ground, who were subjected to an alcohol screening text without warning because the employer had reason to believe that there was had been drinking during working hours or just before. In both cases, the test was positive and the employees were placed on a recovery program.

The problem with cannabis is that more and more studies show that regular consumption alters the normal functioning of the brain even if the individual is not under the influence of THC between consumptions. The presence of SMS in large companies means that an employee who makes mistakes sees them being analyzed in a non-coercive way in order to find a permanent solution. But if an employer has a reasonable doubt about the offending employee’s cannabis use, he or she may be randomly tested. If the test is positive, then the employee’s mistakes could be considered malevolence with the consequences that this implies.

What the law that comes into effect does not mention is how long after the last cannabis use has to wait before a person is considered to have all his faculties. After a fatal accident, an employee who tested positive for THC in the blood could end up in criminal prosecution, even if the consumption was more than 24 hours before the mistake was made.

Aerospace and aviation workers are generally passionate, conscientious and dedicated people who understand the importance of sobriety at work. But addiction to drugs and alcohol are diseases that strike in all workplaces and the vigilance and care of people with the disease are still the best methods to stop this scourge.

Thanks to Mr. Jean La Roche for the authorisation to use is text.