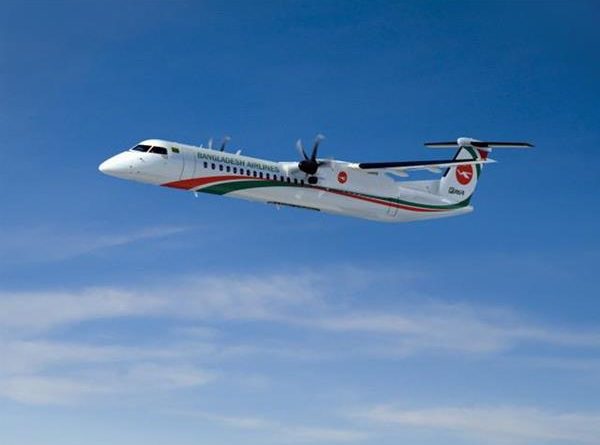 Based on the list price of the Q400 aircraft, the firm order is valued at approximately US$106 million.

“We are very pleased that Biman is expanding its Q400 fleet with this order for three new aircraft,” said François Cognard, VP, Sales, Asia Pacific. “The Q400’s greater seating and cargo capacity really set it apart from the competition. Furthermore, the Q400’s mix of turboprop economics and jet like performance were the best match for Biman’s mix of short and long-range routes. Operators coming back for more Q400 aircraft really validates the benefits of the aircraft’s unique characteristics.”

“We are very excited about adding these Q400s to our fleet. We currently operate two Q400s and without hesitation, we can say that these aircraft are ideal for our domestic and regional operations,” said Mr. A M Mosaddique Ahmed, Managing Director and CEO, Biman Bangladesh Airlines. With its outstanding economics, comfort and operational flexibility, the Q400 will allow us to offer high frequency services within Bangladesh and neighboring countries.”

“We are extremely pleased to be supporting Bombardier in selling their Q400 aircraft to Biman Bangladesh Airlines Ltd.,” said Ian McLeod, Vice-President of Business Development and Sales for the Canadian Commercial Corporation. “Canada and Bangladesh enjoy strong bi-lateral ties through trade and investment, development cooperation, and people-to-people links. Increasing the capacity of the national carrier supports these efforts and the economic growth of the country; improving their lives of Bangladeshis by increasing their access to domestic and international destinations.”