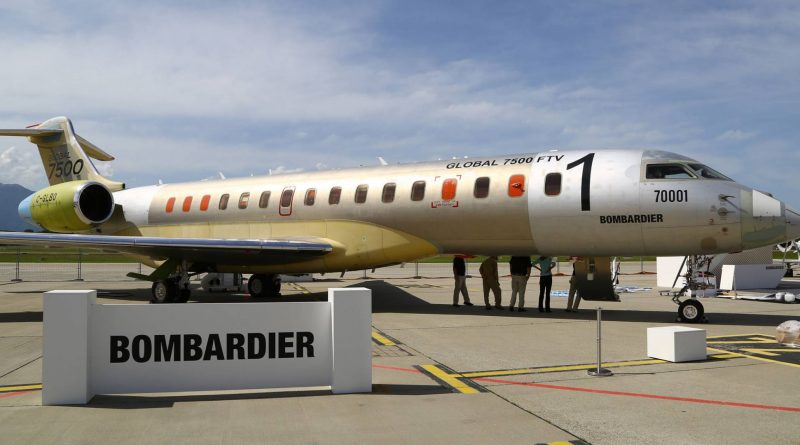 The National Business Aircraft Association annual exhibition will take place from October 16 to 18, 2018 in Orlando, Florida, and is the largest in the field of business jets. When we asked Bombardier Business Aircraft Media Representative, Mark Masluch, if the Global 7500 would have been certified by that date, he said he would like it to be, but it did not depend on him, but on Transport Canada.

Mr. Masluch confirmed to us that as of September 10, the test flights were completed or about to be completed. All the static tests were also completed for several months already including the famous test of maximum load during which the wings are broken; the standard of 150% has been surpassed. The Global 7500 test campaign went very well overall. It must be said that Bombardier benefited from the experience gained during the C Series (A220) certification campaign, which ended a little over a year before the start of the Global 7500 certification flights. The C Series experience has been particularly useful for software integration, so the Global 7500 test aircraft lost much less ground time for updates or debugging.

Whenever a new aircraft program reaches a milestone in its development, it reopens discussions with waiting customers and new buyers come forward. As the Global 7500 certification is fast approaching, many potential buyers are becoming less hesitant. Note that the Global 7500 order book is full until the end of 2021 and the increased performance of the Global 7500 puts Bombardier in an excellent position to win more orders.

The official goal of Bombardier is still a first delivery in 2018, but behind the scenes we hear that a lot of pressure is put for three deliveries to be made this year. The second and third deliveries would be by the end of December.

We asked Mr. Masluch what the development schedule of the Global 8000 or 8500 or 9000 was. He told us that for the moment Bombardier Business Aircraft preferred to wait to see what the market will be like before taking A decision on the 8000. Our interpretation of this answer is that Bombardier Business Aircraft is waiting to see what Gulfstream will do before deciding about the Global 8000.