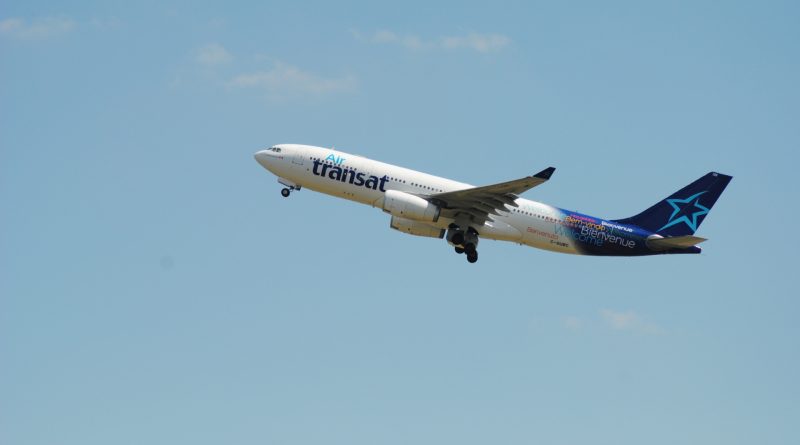 For the third quarter:

For the nine-month period:

“Like most of our competitors, we’re affected by rising fuel prices, which impacted our summer results as we had forecasted in mid-June. Prices always take a certain time to adjust. We are still confident that we will meet our long-term targets, while Air Transat was just named the world’s best leisure airline by Skytrax,” stated Jean-Marc Eustache, President and Chief Executive Officer of Transat.

“During the quarter, we opened our hotel division’s headquarters in Miami and identified attractive opportunities, some of which should materialize soon.”

On a comparable basis, excluding the businesses sold recently (Ocean Hotels and Jonview), adjusted operating income1 decreased by $46.8 millioncompared with the previous year.

The Corporation recognized revenues of $2.3 billion, up 0.8% from 2017. During the winter season, the number of travellers increased by 5.4% in the sun destinations market, our main market for the period. Average selling prices slightly rose across all of our markets. During the third quarter, the number of travellers was up 11.5% in the transatlantic market, the Corporation’s main market for the period, and average selling prices remained similar to those of 2017 across all of our markets. These revenue increases offset the loss of revenue from the Jonview subsidiary sold in November 2017.

On a comparable basis, excluding the businesses sold recently (Ocean Hotels and Jonview), adjusted operating income1 decreased by $30.2 millioncompared with the previous year.

On November 30, 2017, the Corporation completed the sale of its subsidiary Jonview, which has an incoming tour operator business in Canada, to Japanese multinational H.I.S. Co. Ltd., which specializes in travel distribution. The selling price was $48.9 million, and the Corporation recognized a gain on business disposal of $31.3 million.

Off-balance-sheet agreements, excluding contracts with service providers, amounted to $2,368.5 million as at July 31, 2018, compared with $1,745.2 million as at October 31, 2017. The $623.2 million increase resulted primarily from the agreements signed during the quarter to lease two Airbus A321neos and five Airbus A321neo LRs, for delivery from 2020 to 2022, which will notably replace the wide-body Airbus A330s whose leases will expire during that period. Moreover, during the first quarter, the Corporation entered into agreements to lease two Airbus A321ceos and two Airbus A330s. The increase resulting from these new agreements was partially offset by the repayments made during the period.

Fourth quarter 2018 – The transatlantic market outbound from Canada and Europe accounts for a substantial portion of Transat’s business during the summer season. For the period from August to October 2018, the Corporation’s capacity is higher by 14%. To date, 84% of the capacity has been sold, load factors are 1.1% higher than those of summer 2017 and selling prices of bookings taken are 2.7% lower than those recorded at the same date in 2017. Higher fuel costs, combined with currency variations, will result in a 7.3% increase in operating costs if aircraft fuel prices remain stable and the dollar remains at its current level against the U.S. dollar, the euro and the pound. It should be noted that the price of aircraft fuel increased by 11% between the beginning of April and mid-June.

In the sun destinations market, for which summer is low season, 75% of the capacity marketed has been sold. To date, unit margins are 7.2% lower than those recorded in 2017, considering the impact of higher fuel prices.

Accordingly, and considering the recent significant increase in aircraft fuel costs, the Corporation expects that its overall results for the fourth quarter will be lower than last year.

Winter 2019 – In the sun destinations market, the Corporation’s main market for the period, Transat’s capacity is higher by 3% than the previous year. To date, 25% of that capacity has been sold and load factors are ahead by 2.7% when compared to 2018. The impact of increased fuel costs, combined with fluctuations in the Canadian dollar, will result in a 3.4% increase in operating expenses if aircraft fuel prices and the dollar against the U.S. dollar remain stable.

The Corporation considers that it is still too early to give any guidance regarding winter season results, especially since comparisons have to be made with a period of 2017 before the hurricanes, which had a significant impact on the rest of the season.

The Corporation made significant progress on implementing the 2018-2022 strategic plan, but these actions had little impact on the current year. The plan has two primary aims: operational improvement of existing businesses and the launch of a hotel business.
For existing businesses, numerous changes were made to prepare for the coming years.

The newly launched hotel division also saw much progress this year, with the recruitment of its President, the opening of its Miami headquarters, and intense search for land and/or hotel acquisitions, which should enable the Corporation to close transactions in the near future.

The results were affected by non-operating items, as summarized in the following table:

About Transat
Transat A.T. Inc. is a leading integrated international tourism company specializing in holiday travel. Under the Transat and Air Transat banners, the Corporation offers vacation packages, hotel stays and air travel to some 60 destinations in 26 countries in the Americas, Europe and the Middle East. Based in Montréal, the Corporation has 5,000 employees. Transat is firmly committed to sustainable tourism development, as reflected in its multiple corporate responsibility initiatives over the past 10 years, and was awarded Travelife Partner status in 2016 (TSX:TRZ).

The following are non-IFRS financial measures used by management as indicators to evaluate ongoing and recurring operational performance.

Transat prepares its financial statements in accordance with International Financial Reporting Standards (IFRS). We will occasionally refer to non-IFRS financial measures in the news release. These non-IFRS financial measures do not have any meaning prescribed by IFRS and are therefore unlikely to be comparable to similar measures presented by other issuers. They are intended to provide additional information and should not be considered as a substitute for measures of performance prepared in accordance with IFRS. All amounts are in Canadian dollars unless otherwise indicated.

This news release contains certain forward-looking statements regarding the Corporation’s expectation that travel reservations will follow the trends. In making these statements, the Corporation has assumed that the trends in reservations and selling prices will continue, and that fuel prices, other costs and the value of the Canadian dollar against foreign currencies will remain stable. If these assumptions prove incorrect, actual results and developments may differ materially from those contemplated by the forward-looking statements contained in this news release. Results indicated in forward-looking statements may differ materially from actual results for a number of reasons, including without limitation, economic conditions, changes in demand due to the seasonal nature of the business, extreme weather conditions, climatic or geological disasters, war, political instability, real or perceived terrorism, outbreaks of epidemics or disease, consumer preferences and consumer habits, consumers’ perceptions of the safety of destination services and aviation safety, demographic trends, disruptions to the air traffic control system, the cost of protective, safety and environmental measures, competition, the Corporation’s ability to maintain and grow its reputation and brand, the availability of funding in the future, fluctuations in fuel prices and exchange rates and interest rates, the Corporation’s dependence on key suppliers, the availability and fluctuation of costs related to our aircraft, information technology and telecommunications, changes in legislation, unfavourable regulatory developments or procedures, pending litigation and third party lawsuits, the ability to reduce operating costs, the Corporation’s ability to attract and retain skilled resources, labour relations, collective bargaining and labour disputes, pension issues, maintaining insurance coverage at favourable levels and conditions and at an acceptable cost, and other risks detailed from time to time in the Corporation’s continuous disclosure documents.