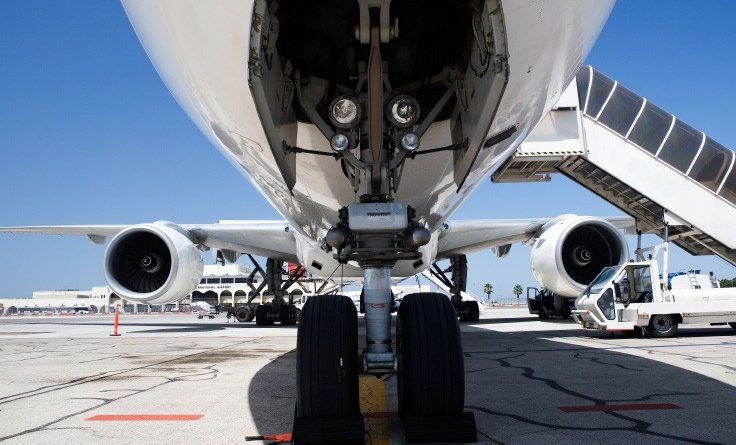 LONGUEUIL, Quebec, Nov. 12, 2018 (GLOBE NEWSWIRE) — Héroux-Devtek Inc. (TSX:HRX), (“Héroux-Devtek” or the “Corporation”), a leading international manufacturer of aerospace products, today reported its results for the second quarter of fiscal 2019 ended September 30, 2018. Unless otherwise indicated, all amounts are in Canadian dollars.

“The second quarter represents a key milestone in the international expansion of Heroux-Devtek. Not only did our long-standing commercial partners Boeing and Lockheed Martin award us important long-term contracts, we also closed two transformational acquisitions. Beaver and CESA will broaden our existing product offering into complementary state-of-the-art actuation and hydraulic systems and provide significant cross-selling opportunities with the world’s leading aircraft manufacturers,” said Gilles Labbé, President and CEO of Héroux-Devtek.

“These important developments are positioning us as leading suppliers in an industry with strong fundamentals and positive long-term growth outlook. After solid financial results in the second quarter, we are confident in our ability to deliver approximately 20% of revenue growth for fiscal 2019 and anticipate 60% revenue growth by 2022 as compared to our fiscal 2018 revenues. With strong financial flexibility, we have all the elements in place to enter our next expansion phase with renewed enthusiasm,” added Mr. Labbé.

1 This is a non-IFRS measure. Please refer to the “Non-IFRS Measures” section at the end of this press release.

SECOND QUARTER RESULTS
Consolidated sales increased 6.7% to $95.7 million, compared with $89.7 million last year, reflecting Beaver’s contribution. This reflects higher sales in both defence and commercial aerospace markets and a net positive impact on second-quarter sales of $1.7 million, resulting from year-over-year fluctuations in the value of the Canadian currency versus foreign currencies.

Commercial sales increased 11.5% to $47.0 million, compared with $42.2 million last year. This was mainly driven by increased deliveries to Boeing for the 777 and 777X programs, Beaver’s sales as well as higher business jet sales, mostly related to increased deliveries for the Embraer 450/500 program.

Defence sales increased 2.4% to $48.6 million, from $47.5 million. This is essentially due to Beaver’s sales and higher spares requirements from the U.S. Government. These factors were largely offset by the timing of manufacturing sales to certain civil customers and the ramp-down of repair and overhaul (“R&O”) activities for the United States Air Force.

Gross profit increased to $15.5 million, or 16.2% of sales, versus $13.6 million, or 15.1% of sales, last year. The increase was mainly driven by the impact of Beaver’s acquisition, higher absorption of costs related to the Boeing 777 due to higher volume and improved production efficiencies. These factors included favourable exchange rate fluctuations representing 0.4% of sales.

In preparation of closing the CESA acquisition which occurred after the end of the quarter, on October 1, 2018, Héroux-Devtek’s balance sheet reflected both an increase in cash and debt as at September 30, 2018. Therefore, cash and cash equivalents amounted to $196.7 million, while total long-term debt was $251.7 million, including the current portion, but excluding net deferred financing costs. Long-term debt includes $119.1 million drawn against the Corporation’s authorized credit facility of $250.0 million. As a result, the net debt position was $55.0 million at the end of the second quarter, up from $38.8 million as at March 31, 2018, mainly reflecting the Beaver acquisition and free cash flow generated in the second quarter. The net debt to adjusted EBITDA ratio stood at 0.9x versus 0.7x six months earlier.

On a pro forma basis, as at October 1, 2018, Héroux-Devtek had $25.8 million of cash and cash equivalents, while long-term debt was $286.2 million, including the current portion, but excluding net deferred financing costs. As a result, the net debt position was $260.4 million. Please refer to the second quarter MD&A and forward looking statements at the end of this press release for further details on this pro forma calculation.

Please see “Forward-Looking Statements” below and the Guidance section in the Corporation’s MD&A for the quarter ended September 30, 2018, for further details regarding the material assumptions underlying the foregoing guidance.