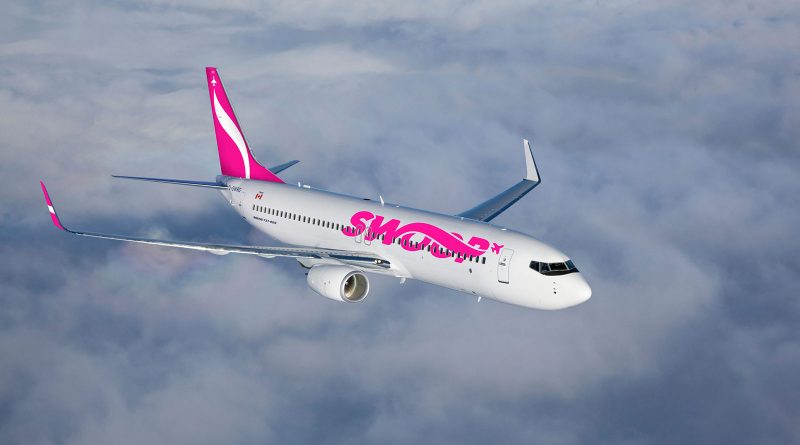 According to TVA Nouvelles, representatives of Swoop, WestJet ULCC subsidiary, visited the Trois-Riviera’s airport to evaluate the available facilities. The TVA Nouvelles article talks about the need to build a terminal at a cost of $ 8 million to accommodate commercial flights in Trois-Rivières, but makes no mention of the obligation to obtain its inscription on the designated airports list.

The geographical location of the Trois-Rivières airport is ideal for a low cost carrier since it gives access to the markets of Montreal, Quebec City and the Center of Quebec which represent a population of nearly 6 million peoples.  In 2010, in conjunction with the airport and municipal authorities, Sunwing had unsuccessfully attempted to have Trois-Rivières listed as a designated airport in order to be able to carry out the passenger screening before boarding.

Swoop would also be interested in the airports of Mirabel (it will not happen) and Saint-Hubert and one wonders if this is related to the possible arrival of Jetlines in Saint-Hubert. We must therefore expect the airport and municipal authorities of Trois-Rivières and Saint-Hubert to make representations to the Canadian government before the next election is called. The question is whether these two regions have enough political weight to obtain the inscription of their respective airports on the designated airports list.