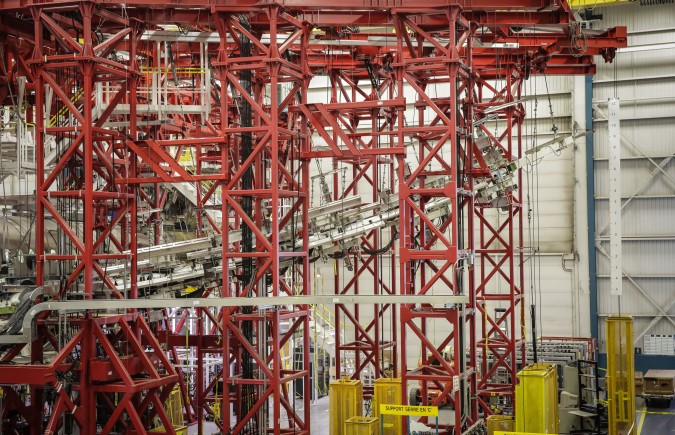 At Investor Day in New York on December 6, the new president of Bombardier’s Aerostructures Division, Danny Di Perma, said he was excited about the potential of this division. He is probably right since it is this division that has the most to gain from the new partnership between Airbus and Bombardier.

The possibility that Bombardier will become a wing manufacturer for Airbus is very large since the Airbus plant in Filton, UK, will be out of the Eurozone with Brexit. The Bombardier plant in Belfast, Northern Ireland might stay in the euro zone; As Bombardier is now an Airbus partner with its contribution to the development of the A220, it should not be surprising that the Belfast plant receives part of the work that is done in the old factory in Filton. The signing of the Free Trade Agreement with Europe is another element that favors Bombardier Aerostructures for new contracts with Airbus.

Bombardier employees who worked on the C Series and Global 7500 certification and will be spared from the cuts will be in the Aerostructures division. They will be available to work on any kind of outsourcing projects or on a new aircraft program.

Bombardier Aerostructures is the supplier of the wings and cockpit and aft fuse of the A220; it also provides the Global 7500’s cockpit. The ramp-up of its two aircraft programs will increase its revenue over the next two years.

Several rumors are circulating about the sale of the Cartierville facilities, which are in fact the former hangars of Canadair and the move to Mirabel. It has been at least 15 years since rumors of sales of these facilities circulated. As with all old industrial sites dating back to the 1940s, land must first be decontaminated before it can change its vocation, reducing the market value of many. If the cost of relocation exceeds the price that Bombardier can draw from, as well renovate.

If in Quebec and in Canada the media and the public are raging against the subsidies granted to Bombardier, the reality is that of all major manufacturers it is the least subsidized. This explains why it is so uncompetitive and that it struggles to equip itself with state-of-the-art production equipment. Unlike other aircraft manufacturers, Bombardier can not afford to be only good, it is doomed to be excellent otherwise its competitors who receive more help from the states where they are located will exceed it. For the moment, Bombardier is refocusing on areas where it excels in order to be able to recover its financial health.