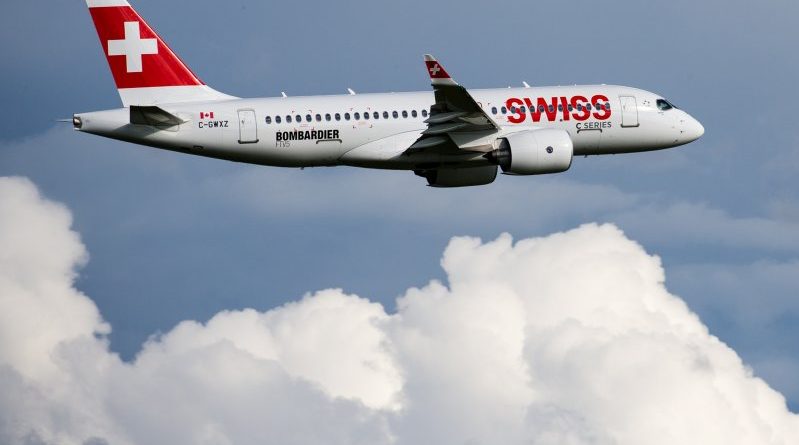 While there are only two weeks left in 2018, 27 A220s have been delivered to date and 4 aircraft have begun their compliance flights. The goal of 31 deliveries is almost in the pocket. Among the aircraft that will be delivered soon, there is the first Air Tanzania A220-300. The sound of the djembes could resonate by the end of the year in the Mirabel plant during the delivery ceremony.

SWISS media relations manager Karin Mueller confirmed by email that the Swiss carrier will take possession of its last A220-300 before the end of the year. For the last two A220-100s, their delivery is scheduled for the first half of 2019. At the publication of its new schedule by the end of October 2019, SWISSwill proceed with the name change from C Series for the A220.

At the time of writing, the A220-100 with serial number 50033 and the A220-300 with serial number 55054 are on the final assembly line at Mirabel. Excluding test aircraft, there is an inventory of 25 A220s at various finishing stages at Mirabel. The first A220-300 for Air Canada is expected to make its appearance on the assembly line before the official end of winter.

When Bombardier planned the production of C Series, there was to be a supplier center located next to the assembly line in Mirabel. Pratt & Whitney, Leonardo, UTC are among the suppliers who had to have their own building. The purpose was to allow suppliers to complete the last assemblies in a building other than the assembly line. It was in the premises of the supplier center that the quality inspections were to be carried out to confirm the acceptance of the assemblies and parts. If corrections were to be made, this is where they should have been made.

Finally, only Pratt & Whitney had its building dedicated, for all the other suppliers, the reception, the last assemblies, the adjustments, the quality checks are made on the assembly line and that slowed the capacity of production. Airbus would therefore evaluate the possibility of completing the supplier center. Note that no final decision has yet been made on this subject.

As for the rumors of orders, it is rather quiet, it must be remembered that the A220 is in a market whose size is much smaller than that of the A320. If Airbus manages to get between 100 and 150 orders in 2019, it will be enough, especially if we consider that only fifty A220’s should be delivered during this period.