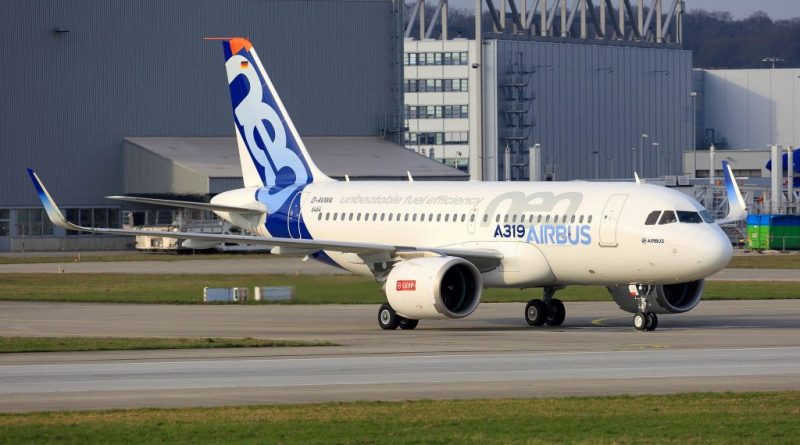 Aerospace analysts have been raising questions about the A319NEO for several years, whose order book is struggling. According to data provided by Airbus, the A319NEO has 53 firm orders including three from Aces Colombia, 20 from Colombian Avianca and the remaining thirty orders from undisclosed customers. For its part, the A220-300 has garnered 279 firm orders.

The decision by Avianca’s Brazilian subsidiary to protect itself against bankruptcy raises the question of the financial solidity of the Avianca Holding group, whose share plunged 25% after the announcement made by its subsidiary Avianca Brasil. If the A319NEO order from Avianca were to be postponed or abandoned altogether, it would be a hard blow.

Since the A319NEO is supposed to offer the choice of engines between the CFM LEAP 1A and the Pratt and Whitney PW1100JM-G, with the A220-300, Airbus has three aircraft models with a capacity of 130 to 150 seats. , which is a lot, especially for this category. For special needs, such as high-altitude airports, Airbus may decide to certify only the version with the LEAP-1A Engine since the certification is already outstanding. But that would be a problem for an airline already owning A320NEO with the PW1100JM-G engine, it would not plan to order one or two A319NEOs with the LEAP-1A engine for specific missions. This decision would therefore adversely affect PW100JM-G engine sales and certainly Pratt & Whitney will argue that Airbus must also certify the A319NEO with the PW1100JM-G.

Proponents of maintaining the A319NEO claim the popularity of ACJ319NEO (Airbus Corporate Jets) to business jet buyers. According to the data available, from 2011 to 2015, 18 copies of the ACJ319 where delivered while the last delivery dates back to the third quarter of 2015. Over 20 years, Airbus can hope to sell 35 ACJ319NEO at the most and this is an optimistic forecast . To certify a plane to sell only 35, is it really worth it?

The ACJ319 can carry eight passengers over a distance of 6,500 Nautical miles which places it partially in competition with the Global 6500 and the 7500 Bombardier Business Aircraft. Since Bombardier sold a majority stake in the A220 to Airbus for the modest sum of $ 1, and the Montreal base company also divested Q400, which was in competition with the ATR of which Airbus holds a 50% share, it would make sense if Airbus does not compete Bombardier in the business jet market.

The assembly of the first A319NEO was completed in December 2015 and it was in March 2016 that he made his first flight; since then he has accumulated 475 flight hours in 20 months and his certification is still not completed. In comparison, the certification flights of the A321NEO lasted only 10 months. It is obvious that this certification is lagging and it is to ask why.

Since taking control of the A220, Airbus says it needs to make it profitable to ensure its survival, and the first thing to do to get there is to sell more. But the A319NEO consumes about 10% of sales at the expense of the A220-300. Maintaining the A319NEO means that Airbus distributes the production of its 130 to 150 passenger aircraft on at least three sites, Hamburg, Mirabel and Mobile, it is a lot of fragmentation for an annual production of 120 to 150 aircraft all at most; Meanwhile Airbus is struggling to meet the demand for the A320NEO and the A321NEO.

At some point someone will have to put on their pants and make the decision.