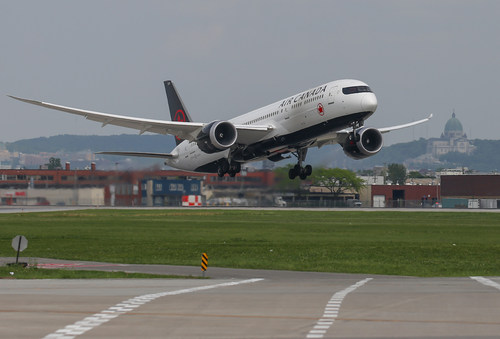 In 2009, Air Canada began its growth in the international market, then in 2014 it decided to use the sixth freedom of the air in order to gain market share on international flights to and from the United States.

To succeed in the highly competitive US international flight market, Air Canada needed to improve on three levels: price, connectivity and customer service.

In recent years, Air Canada has succeeded in creating a union peace by signing long-term collective agreements with its various unions. These agreements allowed it to reduce his costs with a long-term development perspective. It has also revised its agreements with its suppliers of goods and services to be more competitive. The result of this transformation has been record profits that have made Air Canada’s stock the most successful stock among North American airlines.

In order to increase connectivity between international flights and the United States, Air Canada has selected US cities that have few international connections, such as Pittsburg and Philadelphia, to offer international flights via Montreal or Toronto. Subsequently, it added international connections to Vancouver, Toronto and Montreal airports. The Montreal-Shanghai route is an example of a route that has benefited from the Sixth Freedom of the Air strategy since the city of Montreal alone does not have enough volume to justify this route. But when we add the customer from the United States it becomes possible to justify the deployment of 200 employees, who work directly on this route.

Increasing the number of flights is not enough to attract business customers who demand efficiency and who wants to avoid having long stopover time. The schedule is therefore organized in such a way as to minimize the waiting time on the ground and to have the most direct flights possible. To avoid rush-hour congestion, Air Canada uses technology to track its operations and also relies on airport collaboration.

Passenger Services is another important point in Air Canada’s strategy. It was necessary to change mentalities and do things differently. In the past, Passenger Service Officers who wanted to work at the Maple Leaf Lounge were assigned positions based solely on seniority. Now, candidates for positions must also be interviewed even if they are already employed by Air Canada. Once selected, the new premium service agents receive specific training to fully understand the needs of the business clientele. This is a good example of Air Canada’s new customer service mindset.

The efforts of the past five years are starting to yield tangible results as Air Canada this week received two honorable mentions for the quality of its passenger service. While US carriers are increasingly being criticized for the poor quality of service on board, Air Canada has taken the opposite direction and has now become the North American leader in quality services.