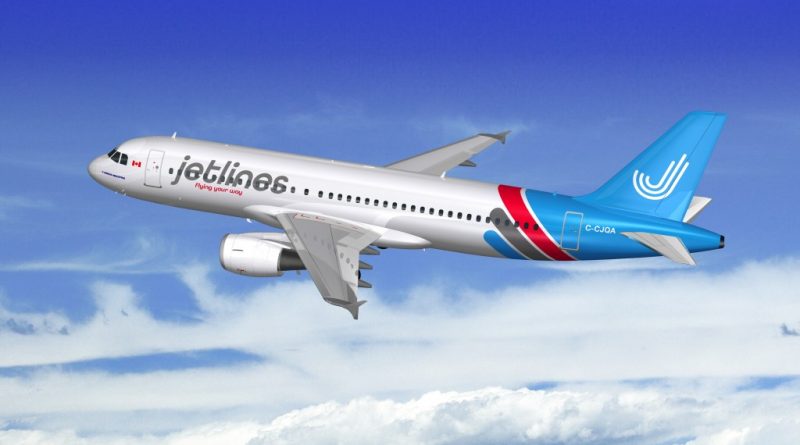 VANCOUVER, BRITISH COLUMBIA, Canada Jetlines Ltd. (JET: TSX-V) (JETMF: OTCQB) (the “Company” or “Jetlines”) is pleased to announce that it intends to offer direct flights from Aéroport Montréal Saint-Hubert Longueuil (“Montreal Saint Hubert Airport” or the “airport”) to several cities in Canada including cities in Quebec, as well as US destinations including Florida and New York.

Montreal Saint Hubert Airport is being expanded as part of a plan to position itself as a low-cost airport serving the Montérégie region of Quebec and Montréal. The airport’s location is closer to Montréal’s business and leisure core than Montréal’s main airport, Pierre Elliott Trudeau International Airport. Montreal Saint Hubert Airport is expected to be able to support ULCC airlines like Jetlines as early as the end of next year. The airport recently upgraded its runway, a project that received support from the federal government, who injected $13 million into the project. Montreal Saint-Hubert also has plans to build a new passenger terminal building.

Javier Suarez, CEO, stated “we are thrilled to announce routes we plan to fly in the future. We fully support the airport’s vision of building a low-cost secondary airport for the Montréal region, and we are looking forward to delivering ultra-low fares to our passengers. Our low fares should encourage people from Montréal and the surrounding areas to travel more often. Driven by these low fares, Montréal should experience an increase in the number of tourists and visitors it receives. Our relationship with the airport is important for us to be able to extend Jetlines’ reach in Eastern Canada, and we are pleased to have them as a partner.”

“Jetlines is committed to becoming Canada’s first true ultra-low cost carrier. It’s not fair for Canadians to have to consistently overpay for their air travel, whether be it to travel for leisure, or to visit their friends and family. Jetlines is here to put an end to this. Our partnership with Montreal Saint-Hubert airport is a crucial milestone in our vision for air travel in Canada, as well as for our long-term plans”, added Mark Morabito, Executive Chairman.

“We are particularly pleased with Jetlines’ announcement today. Offering a low cost alternative for air service to other cities in Quebec, Canada and the United States is in direct alignment with our vision for the development of the airport.  Florida is a favourite destination for Quebecers and this new service will help us repatriate the exodus of Canadians flying to the United States from border airports such as those in Plattsburgh and Burlington. And, this announcement certainly validates our request to Minister Garneau for assistance regarding Canadian Air Transport Security Authority (CATSA) services and the need to re-examine government agreements signed decades ago that currently limit our access to these markets. We are currently examining the use of a temporary facility so that we may accelerate this service offering”, said Jane Foyle, General Manager of DASH-L, the non-profit organization that manages the airport.

The Company’s ability to service this airport is subject to the completion of the airline licensing process and the receipt of applicable regulatory approvals.