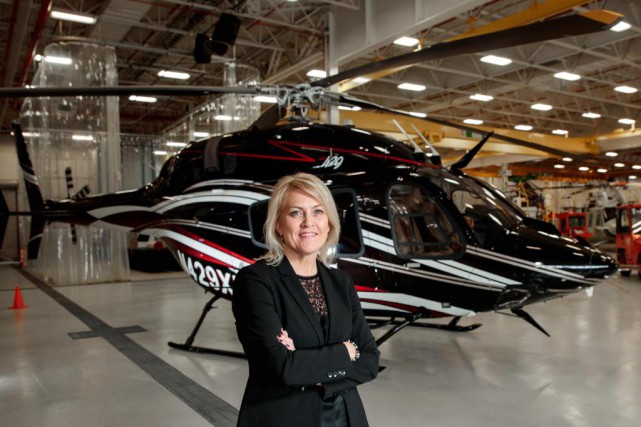 Ms. Garneau has been President of Bell Helicopter Canada for just over three years. She holds a Bachelor’s degree in Special Education and a Bachelor of Laws, both obtained at the Université de Sherbrooke. She started her career in the aerospace industry just over twenty years ago at Bombardier, and in 2004 she moved to Bell Helicopters Canada where she rose through the ranks. She is known for her leadership whose solidity has allowed her to smash the glass ceiling to gain access to the presidency.

A few months after her appointment, Ms. Garneau was able to give a second life to the Mirabel plant by orchestrating the repatriation of the production of the Bell 505. Without Ms. Garneau’s determination, the Bell Helicopter plant in Mirabel would probably already be closed or about to be. She also sits on the board of Aéro Montréal.

We wish her the best of luck in her new position, where we are confident that she will be able to use her leadership to advance VIA Rail.