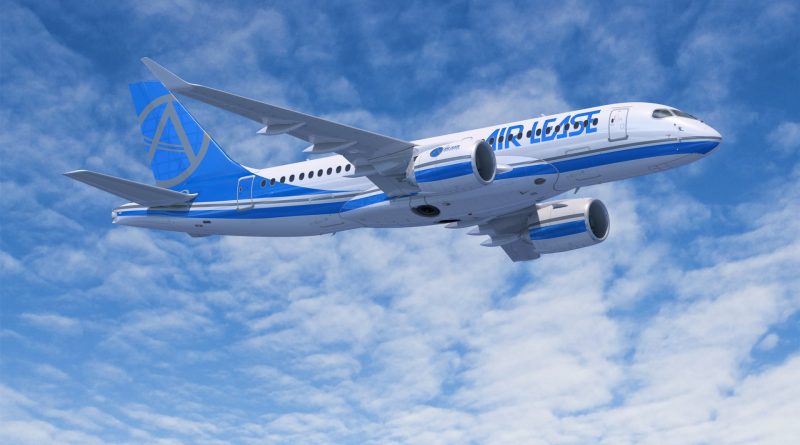 Is on July 1, 2018, that Airbus officially took control of the A220 aircraft program; here is the assessment of that first year.

The organization of production

In January 2019, Airbus announced the construction of two temporary shelters in the pre-flight section to free space in interior completion section. During negotiations with IAMAW Local Lodge 712, Airbus negotiated a pre-FAL clause that will be implemented over the next two years.

These two decisions indicate that the shareholder in control of the A220 has quickly identified flaws in the organization of production and is taking steps to correct them. It will take two years before the pre-FAL is fully functional.

The construction of Mobile’s second assembly line in Alabama is underway and a group of employees are preparing to leave Mirabel in August to oversee its implementation.

The launch of production in Alabama in 2020 should accelerate the pace until the changes at Mirabel are completed.

For now, Airbus refuses to point out suppliers who still have difficulties meeting production rates or quality standards. Too many snags on the part of some suppliers remain an obstacle to the productivity of the assembly line. But as A220 Vice-President Florant Massou said in an interview we published on June 18 (in French): Airbus is working very closely with suppliers who need better monitoring to ensure to bring them to the desired level of excellence.

But can scratch the name of Pratt & Whitney of the suppliers list who delay production. Although a corrosion problem on the hub of the engine’s high-pressure compressors shortens the interval between inspections, Pratt & Whitney has a sufficient number of spare engines to make the chssnges and maintain the aircraft in flight. It is a matter of time before the permanent fix is ​​developed.

As for the negotiations with the suppliers to lower the prices they charge Airbus, it seems to be the flat calm, as if no discussion was going on right now.

In the spring, many worried about the absence of significant new orders, but as she always do with orders, Airbus was holding them for announcement at the Paris Air Show with 95 commitment bringing the total order of A220 to 234 in a year. This number represents nearly 85% of sales in the 100 to 150 passenger aircraft market for this period. The A220 has now landed a total of 631 firm orders and of that a total number of 82 have been delivered and 41 by Airbus in the last 12 month .

In May, Airbus also announced that a new option to increase the maximum takeoff weight and range was now available. This is a clever way to increase revenues per aircraft sold since this option did not require any structural changes.

For those who did not listen to the interview with Mr. Massou, the latter was adamant: in the next 12 months, Airbus will not launch the A220-500. Before embarking on expansion projects of the A220 family, Airbus must first solve its productivity problems.

In terms of sales, Airbus has managed to revive the A220 program which has gained a lot of momentum in a year and no one is questioning its survival anymore. The order of the leasing company Air Lease has added to the strength of its order book.

As for the rate of production, it will be necessary to be patient because it becomes more and more obvious that the assembly line of Mirabel has deficiencies that will require additional investments and time to get solved.