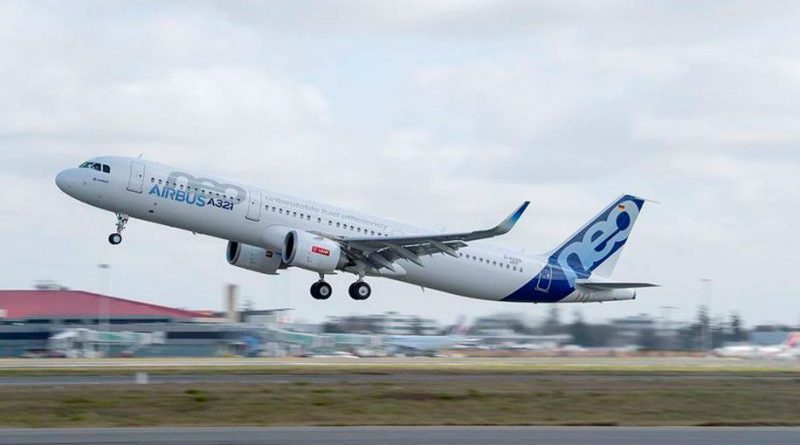 The news came out this week to the effect that the Airbus A320NEO also has a tendency to pitch up.

The Boeing 737MAX’s strong pitch up tendency is the reason for the MCAS and its problems. Since the repowering of the MAX is the source of the problem, EASA has closely examined the A320NEO family.

EASA’s verifications demonstrated that the A321NEO’s Aileron, Elevator and Compensator (ELAC) software had a defect. It takes two conditions for the problem to occur: the A321NEO must be configured for landing with a center of gravity near the rear limit. Then it takes a sudden maneuver like the go-around. In such a situation, the A321NEO tends to rear up more than normal.

The ELAC should normally correct the angle of rotation automatically, which it does not do. On the other hand, pilots can use flight controls to manually reduce the pitch angle without any problem. At no time does the computer controlling the flight controls exceed the actions of the pilots.

This problem is present only on the A321NEO and affects all its variants including the LR. The A319NEO and the A320NEO are therefore not affected by this problem. EASA has sent an Airworthiness Directive (AD) to the 21 airlines that operate A321NEOs. Airbus has developed a new procedure to prevent aircraft from finding themselves in a difficult situation. These are limitations that prohibit operators from operating with a center of gravity that is too far behind. It is important to mention that no aircraft in operation has encountered this problem. In addition, no aircraft never went out of control.

We checked with Air Transat who has two A321LRs in their fleet if the problem was produced in flight. Transat A.T.’s Director of Public Affairs and Communications, Ms. Odette Trottier, states the following:

“Indeed, we did not observe any signs in this regard on our two aircraft of this type.” Air Transat immediately put in place the procedures required by the AD.

As with the Boeing 737MAX, it is the engine change that results in a greater pitch angle of the A321NEO. The problem is caused by the larger diameter of the nacelles of new engines that produce more lift when the aircraft is pitched up. The problem is however less accentuated on the A321NEO because the engine has not been moved forward. In addition, the ELAC, which is the faulty system, uses the redundancy of three angle of attack indicators (AoAs). According to the website Airinsight.com, it will be necessary to wait until the third quarter of 2020 for Airbus to provide a permanent solution. Since the problem is not critical on the A321NEO, it can continue to fly.