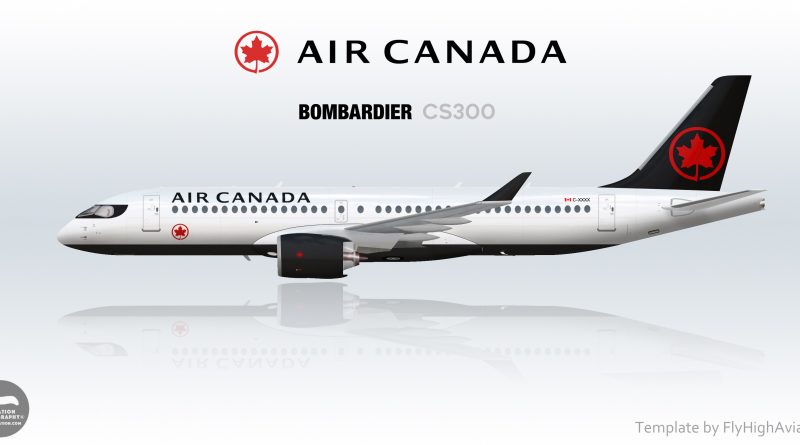 For the A220 program, Airbus has delivered 24 and this year and registered 531 firm orders. The republic order is not on the table anymore

Note that only firm orders are on the list. Memorandum of Understanding and Letters of Intent are not included as are options and acquisition rights. It will be necessary to wait until the recent customers complete their order process before seeing them on the list. But we can say that the latest announcements have given momentum to the A220 program. The A220 also made a lot of talk during the month of July.

In July 2018, we published a text on the need to clean up the C Series order book. A year later, this text still seems relevant to us except for the Republic order.

With 24 deliveries since the beginning of the year, Airbus is in a good position to meet its target of 45. Delta alone received 16 A220-100 during this period. The delivery of Delta’s twentieth unit, serial number 50040, as been delivered in july. To the best of our knowledge, Airbus would be completing the assembly of serial number 55047 also intended for Delta.

For the A220-300, the assembly of the first Air Canada aircraft, serial number 55067, began in July. The junction of the wings with the fuselage would be in court. Delivery is scheduled for next December. The first Egypt Air A220-300 is in the interior finishing stage and has not yet made its first flight.

The construction of a third dome began at Mirabel: questioned on this subject, Airbus answered us as follows: “The role of the 3rd dome is essentially the same as for the first two: to support our present acceleration of cadence. This will include flexible work positions for FTP testing steps and pre-delivery activities. “

Airbus USA began assembling the first A220-300 at its Mobile plant in Alabama. This first device is assembled next to the assembly line of the A320. The construction of the building for the A220 assembly line is still not complete. Airbus employees in Mirabel will soon be traveling to Mobile to lend a hand to their colleagues.

We recommend the following video produced by Airbus USA:

With 29 aircraft in service, SWISS is the largest operator of the A220 and also the oldest. SWISS head of media relations Karin Müller was not able to tell us when the latest A220-100 will be delivered. We also asked him to talk about the performance and reliability of the A220. Here is her answeranswer: ” In regards to the performance of the aircraft, we are very satisfied with the efficiency of the C Series/A220 fleet. The reliability is not yet comparable to the aircraft of the A320 fleet. It lies in the high 90ies but has not yet reached the contractual agreed value. “

Caution should be exercised when interpreting the comment on A220 reliability. From one company to another, there can be many variations. For its part, Airbus points out that the entire A220 fleet has an average reliability of 99%.

It is probably a question of adjustment between Airbus and SWISS for the reliability of the A220 to reach the contractual values.

Delta alone received 16 of the 24 A220s that were delivered this year. At this rate, it will exceed SWISS before the end of the year as the biggest operator of the type. In August, she will start operating the A220-100 on the JFK-Dallas-Forth Worth route. On its website, Delta has a page dedicated to the A200.

The Air France order has revived speculation and rumors about the A220-500. It must be said that I myself contributed clumsily with answers to some comments from readers. It is also true that A220 customers contribute generously to fuel speculation. The latest statement comes from Air France KLM group CEO Benjamin Smith. The latter said he was “interested” in an extended version of the A220. If you ask them, probably all A220 customers will answer the same thing.

These kind of statement most be interpreted for wat they are: a none binding declaration. The second question to ask is: would you be willing to pay an extra for an A220-500 over the A220NEO? If you think the answer is yes, you are wrong. At the moment, Airbus has all the misery of the world to obtain a premium for the A320NEO compared to the CEO. The difference in fuel consumption between the A220-500 and the A320NEO would be too thin to justify a higher price.

The Russian leasing company STLC had leased six A220-300s to fellow Redwing. Then on March 21, we learned that Redwing had terminated its lease contract with STLC. Delivery of the first two aircraft with serial number 55056 and 55057 was scheduled for May. Airbus has stored the two aircraft outside until the first of August. Last Thursday, Airbus performed engine run up on the serial number 55056. Then the aircraft made its first flight on August 4. Airbus has confirmed us that this aircraft is sold to a customer and that it will be delivered in the coming weeks. (coming weeks means in 2 to 10 weeks). However, the client wants to remain discreet for the moment. On August 5, Airbus also pulled in serial number 55057 to complete its interior.

Which airline will take possession of these two aircraft? We can exclude Soviet companies since the A220 still did not received its type certificate from Russia. It should also exclude all airlines that have not ordered an A220. Integrating a type of aircraft into a fleet is a long and rigorous process; airline have to train pilots, mechanics, flight attendants, dispatchers and ramp staff. You must also order all the tooling for operations and maintenance.

The list of potential purchasers of Redwing aircraft is therefore: Air Baltic, Air Canada, Air Tanzania, Delta, Egypt-Air, Korean Air and SWISS. Since the start of the MAX crisis, the value of available single-aisle aircraft has been on the rise. The company that will take Redwing aircraft will probably pay a premium to have them. Since they have already started or completed the reception of A220 we are eliminating, Air Baltic, Air Tanzania, Delta, Korean Air and SWISS. Which leaves us with Air Canada and Egypt Air.

Heavily affected by the MAX flight ban, Air Canada removed them from its planning until January 2020. Air Canada is also the only A220 customer company to have MAXs. If there is an A220 customer who is in urgent need of aircraft right now, it is Air Canada. Since the first delivery was scheduled for December, it is possible to speed up for the month of October. The original planning was the deliveries of five A220-300 to Redwing in 2019. Delivered just before the peak holiday season, these aircraft would be of great benefit to Air Canada.

Note that we have not obtained any information to verify our hypothesis. But it seems to us quite valid.

The only legacy Mexican carrier, Aeromexico, is looking for about 60 aircraft the size of the A220. Aeromexico CEO, Mr. Andeas Conesa, gave several interviews on this subject. The goal of the upcoming order is to replace the company’s 47 Embraer 190 fleet. These aircraft have become too small for the growing needs of the Mexican carrier.

Aeromexico is a customer of Boeing and Embraer and does not have Airbus aircraft in its fleet. So this is a campaign that promises to be interesting for Airbus. It should also be noted that Delta Airlines owns 49% of Aeromexico’s shares.

In recent months, there have been several clues about the possibility of a second type of aircraft at Southwest Airlines. The PAXEX.AERO website has published an excellent article on this subject. What is important to remember is that Southwest began the integration study of a second type of aircraft before the MAX crisis. It is a process that is part of a long-term evaluation and no decision is imminent.

If Southwest ever decided to incorporate a second type into its fleet, there would be a call for proposals. This process is far from being a free ticket for Airbus and the A220. It is obvious that Boeing will also offer a great deal to block Airbus. Beware of false rumors about an order of A220 by Southwest.