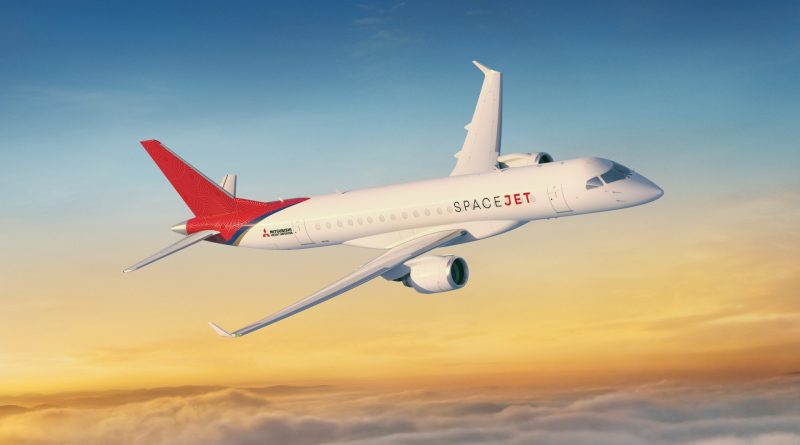 Mitsubishi Aircraft announced yesterday that it has signed a memorandum of understanding with Mesa Air Group. This signing allows to initiate discussions for the sale of 50 SpaceJet M100 to Mesa Air Group. The agreement also covers 50 more options.

With this deal, Mitsubishi is taking an important step to boost SpaceJet sales in the United States. It is the subsidiary Mesa Airlines that operates regional aircraft major airlines. It currently has a fleet of 145 aircraft consisting of 60 E-175s and 85 CRJs.

Remember that last June, Mitsubishi reorganized and renamed its regional aircraft program. The SpaceJet M100 will have a capacity of 76 passengers and should meet the US scope clause. The entry into service of the M100 is now scheduled for 2021 or even 2022. Last July, Mitsubishi also acquired the CRJ’s after-sales and engineering support group. It will be interesting to see what role the CRJ engineering group will play in its development.

On August 24, 2013, Mitsubishi Aircraft Corporation filed in the Quebec lobbyists register. The declaration on registration mentions the following:

“Representation with institutions in order to benefit from a grant, loan or other form of financial support to the company related to the aeronautical program and / or research and development related to aeronautics. The name of the program and the amount of funding are unknown. The funds obtained will be used for the purchase of equipment, the hiring of staff and the rental of buildings. “

The organizations targeted are Investissement Québec and the Quebec Ministry of Economy and Innovation. Mitsubishi is therefore looking for financial support from Quebec.