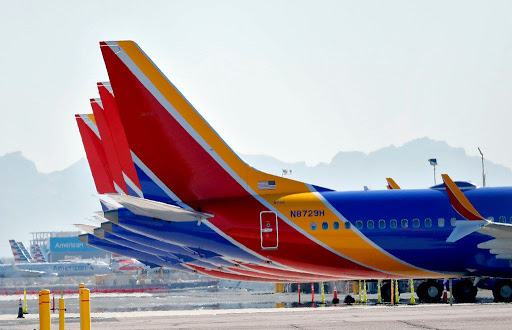 In April 2019, Southwest confirmed that in 2020 it would assess the possibility of integrating a second type of aircraft into its fleet. It didn’t take much to start rumors and speculation about an A220 order. Here is our analysis on a possible order of A220 by this company.

In the airline industry, Southwest Airlines is an exceptional company. In 2019, it reported profits for the 47th consecutive year. It is the most profitable airline in the past 50 years. It is also the largest carrier in the American domestic market with nearly 163 million passengers. It operates an exclusive fleet of B737 aircraft.

It was Southwest that established the low-cost carrier business model. She never deviated an iota from her original business plan. Poll after poll, it is the most popular airline among American passengers.

Southwest’s fleet includes 747 Boeing 737s with an average age of 11.7 years. More than 10% of the 737 global fleet in operation is at Southwest. Only 111 of its aircraft have an production date prior to 2001. No aircraft is more than 25 years old. The fleet has 500 B737-700NGs, and the company has previously stated that at least 60% of the 737-700NGs will be replaced by aircraft of the same size. All its 737-700NG are configured in a single class that can carry 143 passengers with a 31 inches pitch. In this configuration, the A220-300 with 147 passengers or the MAX7 with 153 passengers are replacement options. We exclude the A319neo from the comparison since it just isn’t in the race.

The last order from Southwest dates from 2011 and was for 310 B737MAX including 30 MAX7. Between the launch of the MAX and January 2018, Boeing changed the configuration of the MAX7 twice. But in early 2018, the airline deferred delivery of 23 MAX7s until 2023-24. We can therefore conclude that Southwest is still not convinced that the MAX7 is a good replacement for the 737-700NG and that in 2020 the company will have to make a decision. Boeing seems to have completely forgotten Southwwest’s needs in the development of the MAX and its variants.

The myth of a single type of aircraft

Having a single type of aircraft allows savings when the fleet is small, but beyond a certain point the savings become marginal: training 9,000 pilots on one type or training 4,500 on one and 4,500 on another costs substantially the same thing. With two types of aircraft, you need to have two chief pilots, two chief mechanics, etc. But if you divide by 300 or 400 planes it has a minimal impact on the unit operating cost. In addition, now that the MAX no longer has the same type certificate as the NG, Southwest will have to dispose of its NG simulators upon withdrawal of this type. Replacing them with MAX or A220 simulators is the same cost.

What could make the difference.

Boeing has yet to release the MAX7 operating empty weight, but it will be at least 15,000 pounds more than the A220-300. This is huge especially considering that the MAX7 will only offer one extra row of seats. To this must be added the superior aerodynamic performance of the A220.

Since Southwest does not keep its aircraft after the age of 20, the resale value becomes a factor in the equation. Before the Max crisis, a 737-700NG in its twenties was worth around $ 5 million. But in the case of the MAX7, Boeing only received 82 firm orders. Such a small quantity of ordered suggests that there will be almost no resale value in 20 years for the MAX7.

Another argument in favor of the A220 is that the MAX is the latest variant of the B737. If Southwest chooses the MAX7, in ten years it will no longer be in production. It will then be necessary to change the type of aircraft with all the costs involved. By choosing the A220NOW, the airline chose an aircraft that will be in production for at least 20 years.

If Airbus wants to secure an order from Southwest, it must demonstrate that it will be able to deliver the aircraft quickly. Increasing the production rate of the A220 must be its top priority.

Southwest CEO Gary C. Kelly has publicly expressed disappointment with Boeing. In recent months he has often heard about the latest developments on the MAX from the media. The relationship of trust between Boeing and Southwest has been damaged in the past 11 months. The MAX crisis creates a unique opportunity for Airbus. But Soutwest is like a fortress at the top of Everest for Airbus. For its part, Boeing will have to defend it desperately and this mean a very, very, low price, because its all she as left.