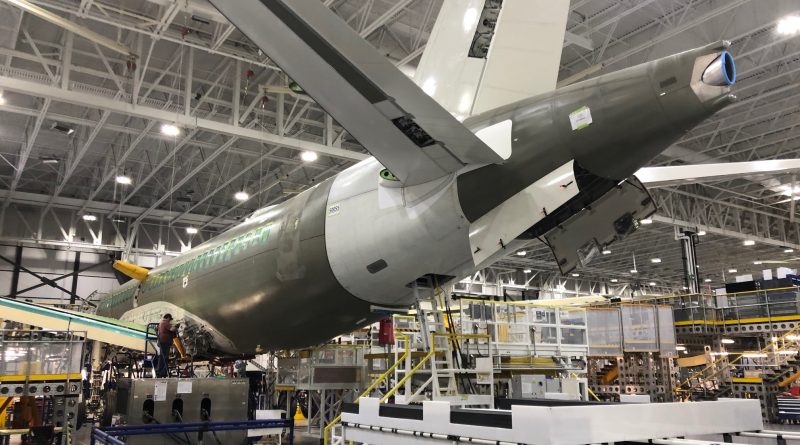 Airbus CEO Guillaume Faury was in Mirabel today. The Premier of Quebec, François Legault and Minister Pierre Fitzgibbon accompanied Mr. Faury. Airbus Canada President Phillip Balducchi guided his guests along the A220 assembly line. The Prime Minister took the time to meet and chat with the employees involved in the production of the A220.

During the press briefing that followed, we asked MM Faury and Balducchi three questions. The first question related to the amount of Airbus investments in the A220 in 2020. Mr. Faury confirmed that it would be necessary to invest between 500 M and 1 G euros in order to increase the production rate. In Canadian dollars, this represents a sum of $ 715 million to $ 1.3 billion.

Given that UTC Pratt & Whitney represents more than 50% of the value of the A220, we questioned Airbus on the state of negotiations with this supplier. Faury said he was pleased with UTC Pratt & Whitney’s collaboration in reducing the cost of the A220. However, he took care to explain that discussions with partners is permanent process.

Finally, we questioned Airbus on the possibility of offering a dual engine on the A220, (CFM LEAP-1). Airbus Canada President Mr. Balducchi answered this question. Mr. Balducchi explained to us that for the moment it was necessary to concentrate on the execution and the increase of the rate of production.