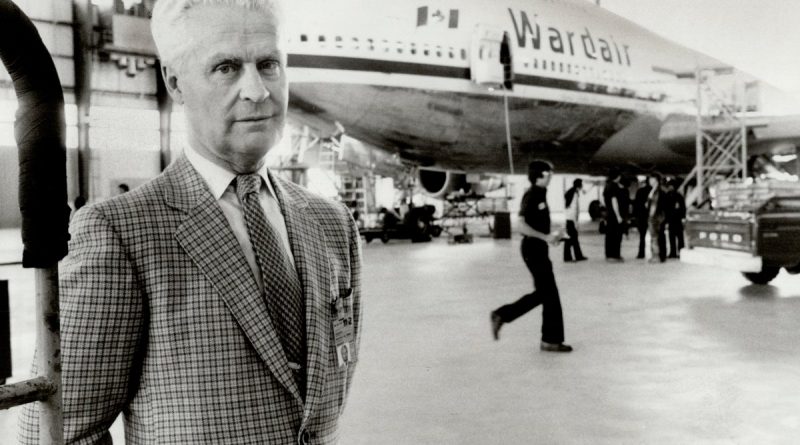 Canadian aviation pioneer Max Ward passed away yesterday at the age of 98. Mr. Ward acquired his pilot’s wings with the Royal Canadian Air Force in 1941. During the 1950s, he unsuccessfully started a few airline companies to northern Alberta.

Wardair began international operations in 1962 with a Douglas DC-6. The company acquired its first jet in 1966 and it was a Boeing B727-100. MAX Ward was a daring entrepreneur who was not afraid to think outside the box; at the time, it was very difficult to launch a new airline because of regulatory hurdles. Wardair was therefore not authorized to sell tickets to individuals.

But Max Ward took advantage of weak regulations to operate a charter company. To get a seat on a Wardair Airlines flight, passengers first had to become a member of the “Wardair Club”. Then this last entity turned to the airline in order to charter the planes. During the 1970s, the transporter had good years when the fleet grew considerably. At the end of this decade, the company had two B707s, four B747s and two DC-10s.

Although it had very good rates, Wardair was not a discount carrier but quite the opposite. The Western Canadian company was renowned for the quality of its meals and inflight services. The cabins were laid out with a generous seat pritch. In 1987, Wardair took advantage of deregulation to embark on a very daring growth plan. That year, the company ordered fourteen A310s, twelve MD-88s and twelve Fokker 100s. But the problems associated with rapid expansion increased and the company was sold to Canadian Airlines in 1989.