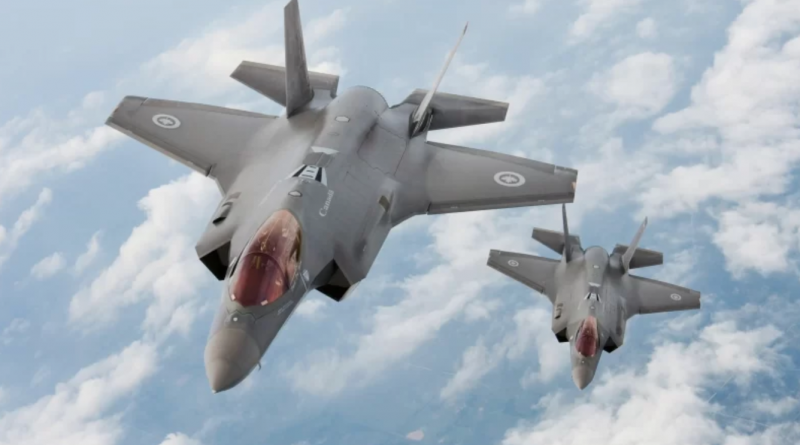 It was in 2005 that National Defence initiated an analysis regarding the replacement of the CF-188. *

In February 2006, the federal election brought to power the Conservative Stephen Harper.

It was in June 2006 that a summary of the analysis initiated in 2005 on the various options for the replacement of the CF-18s was presented. The document is titled Operational Requirements Concept Document. This document shows a strong preference for the F-35 in these terms: “It is not only the aircraft which best meets the requirements of the Canadian Forces by offering the longest life, but it is also the most affordable. The estimate was that 80 fighter jets would be necessaries to meet Canada’s needs.

At that time, National Defence had made a first estimate of the economic benefits for the Canadian companies of the JSF. At the time, it evaluated the impact of 150 contracts at CAN $157 million.

In November 2006, Industry Canada signed memoranda of understanding on industry participation with major contractors in the JSF program. These are the companies located in the United States that manufacture the fighters and engines: Lockheed Martin, Pratt & Whitney, GE and Rolls-Royce. These protocols set out a framework for enabling Canadian companies to participate in the supply chain.

For its part, the Treasury Board approves part of Canada’s contribution to the JSF program (CAN $182 million until 2013). It also approves C $10 million in support of the internal office costs of the JSF program incurred by National Defence.

All in with the JSF

In December 2006, Canada signed the 3rd international memorandum of understanding of the JSF Program. This signature represented a significant financial commitment within the framework of the program. Canada’s commitment of up to US $551 million over 40 years, provided Canada remains a partner.

The protocol includes a section describing industrial participation plans, with the main contractors (Lockheed Martin and Pratt & Whitney) and prescribes all the provisions that govern the acquisition of the F-35 aircraft by the partners.

These provisions will have implications for Public Works and Government Services Canada (PWGSC), particularly with respect to its role as contracting authority. Among other things, for large-scale defence acquisitions. Nonetheless, National Defence did not see fit to form an alliance with PWGSC and central agencies. In fact, National Defence did not consult PWGSC on the memorandum of understanding. It was therefore not determined whether the protocol was in compliance with Canadian procurement laws and policies. It was not until December 2009 that a copy of the 2006 MOU was transferred to PWGSC.

However, the third phase of the JSF program does not in any way commit partner countries to purchase the F-35 fighter. click here to watch our most recent video on YouTube