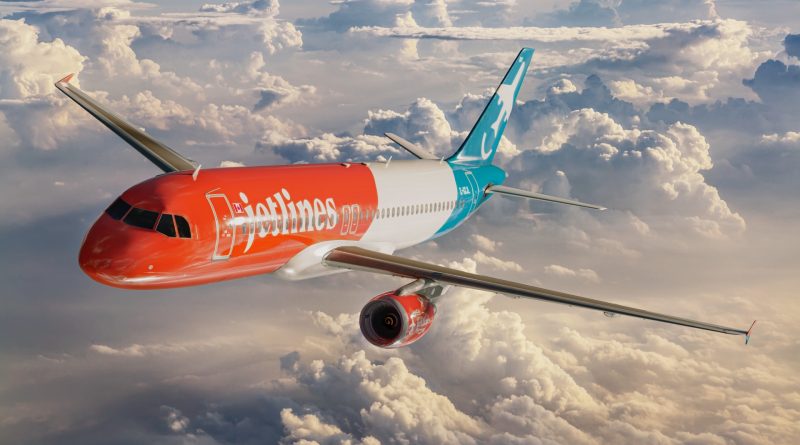 I had the opportunity to speak with the CEO of Jetlines Mr. Eddy Doyle. He has a long track record in aviation and among other things he was director then VP operations at Air Canada between 2010 and 2016. Then he found himself in Vietnam at Bamboo Airlines where he held the position of CEO in 2019 -20. It was in January 2021 that he accepted the position of CEO of Jetlines.

The Jetlines name has been known in aviation in Canada for almost 10 years now. The company came very close to starting operations twice. But it is important to point out that there is no one left from the old organization. The new team managed to raise the necessary capital to launch its operations.

All documents have been filed with Transport Canada except the MEL which will be soon. The first aircraft has arrived and if all goes as planned, commercial flights will have begun in July.

Toronto-based Jetlines doesn’t want to be a low-cost carrier. The company is rather targeting the resort market. Mr. Doyle mentions that the company recognizes the added value of travel agencies and intends to work with them. From experience he knows that it is relatively easy to fill planes in the summer. Since the company will start during the summer period, it will offer flights to popular destinations in Canada. Toronto-Vancouver or Toronto-Calgary should therefore be among the first connections. Flights to the southern United States are also part of the plans for next summer. Then flights to the Caribbean will be added in the fall.

The company has already identified its second aircraft, but Mr. Doyle prefers to run in operations 2 months before putting it into service. Subsequently, Jetlines will add 4 more aircraft per year to its fleet. Mr. Doyle stresses the importance of having a methodical and disciplined growth strategy. Above all, he wants to avoid having rapid and disorderly growth. Four aircraft per year is therefore an objective, but not an obligation at all costs.

It is first from Toronto that Jetlines will begin its operations. But flights from Montreal should not delay.

Mr. Doyle claims to have chosen the A320 because it offers a little more space for passengers; especially where the fuselage tapers forward and aft. The cabin will be configured to accommodate 174 passengers. There will be three rows with more space and 52 rows with 30 inches pitch. The seats will be equipped with supports for tablets and telephones. The onboard entertainment system will therefore be of the type where the passenger connects to the aircraft network.

For its first years of existence, Jetlines will stick to the A320. But, if growth goes well, Doyle isn’t ruling out the possibility of operating A321LRs and XLRs. He finds that his two versions offer a lot of flexibility for the type of operation that Jetlines wants to do.

Jetlines will therefore come to settle in the east of the country, it will compete with Air Transat and Sunwing.