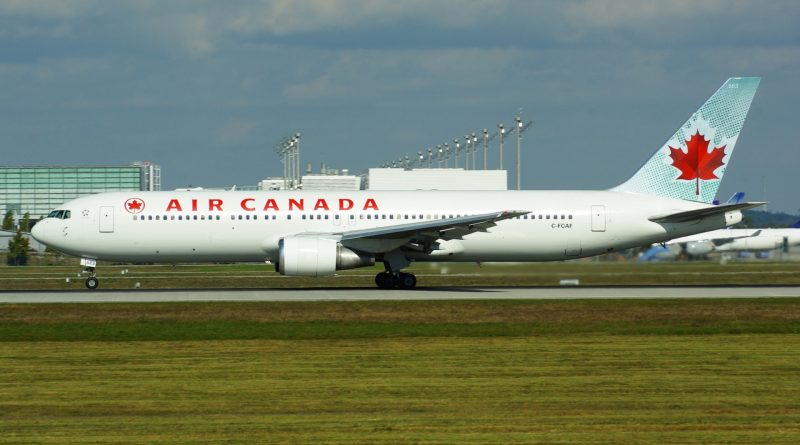 The meaning of MOMA is Middle Of the Market Aircraft that refer to segment between single aisle aircraft like the A321 or the B737-9 and the larger aircraft like the A330 and the B787. The definition of the middle of the market on the web site airinsight.com is the one we like the most: “The MOM segment is generally defined as being between at least 200 and 260 seats as well as a range from 3,500 NM to 5,000 NM. »

Within Air Canada main fleet, the Boeing B767-300ER is the aircraft that have been playing this role for the last 20 years. But during the first quarter of 2018 financial results conference call, Air Canada management confirmed that, starting in 2019, it would be retiring from its main fleet the last six Boeing 767-300 ERs still in service. They will be replaced by four used A330-300s that will be added to the eight existing aircraft.

Air Canada CEO, Calin Rovinescu, was ask to explain why the choice of used A330-300s that can carry almost the same number of passengers as the B787-9 was not a disavowal of the B787-9. Mr. Rovinescu said that the B767-9 is an excellent aircraft, but with a range of 9552 nautical miles, it makes the plane a little too much of an aircraft. In addition, the cost of acquiring used A330s is much lower.

Here are the forecasts for the Air Canada fleet until the end of 2019; they exclude those of Rouge and Air Canada Express.

Legacy carriers like Air Canada use a fleet of several different aircraft in order to have the aircraft of the right size with the right distance to match to each route. This method avoids flying planes too big and too heavy to get the best return on each destination. The next two tables allow us to illustrate this; the first shows the number of seats per type of aircraft, while the second shows the distances that can be crossed. We used the figures published on the Air Canada’s website.

The problem with the B737-8MAX is that it has only 169 seats; while this allows Air Canada to open new transatlantic routes, the airline does not have slightly larger aircraft to increase the offer when the route is well established. For example, when Air Canada wants to open new routes over very long distances, it starts by using the B787-8 with a capacity of 251 passengers. Once the route is established and the demand increases, it uses the B787-9 with a capacity of 298 passengers.

Wright now, there is only the A321NEO LR on the market whose capacity is slightly greater than 200 passengers and with a range slightly greater than 4000 nautical miles. But at the Paris Air Show in 2019, Boeing could well announce the launch of its MOMA, that every named the B797, whose capacity varies from 225 to 275 passengers according to rumors and with a range of nearly 5000 nautical miles. Boeing is saying the first deliveries of the B797 are scheduled for 2025, if there is no delay of course.

The question now is which aircraft will Air Canada opt for?