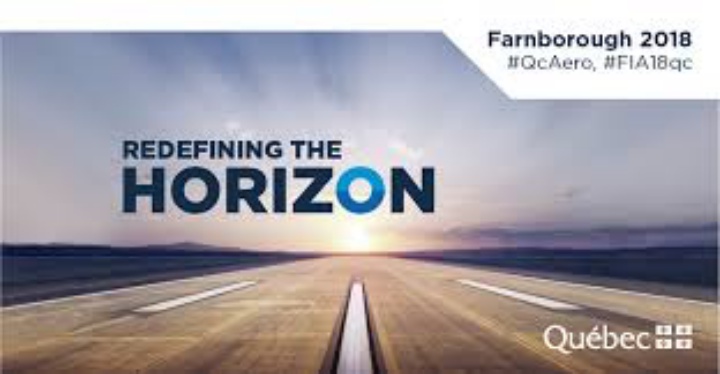 The Farnborough Air Show, which opens next Monday, is the largest annual event in the aerospace and air transport industry. The event is biennial and is held alternately with the Paris Air Show.

The SMEs of the Quebec aerospace cluster and the various stakeholders all come together under the banner of the Québec Economic Mission in Farnborough, which reports to the Ministry of the Economy of Science and Innovation, the mission is organized in collaboration with the General Delegation of Quebec in London.

This year’s delegation has the theme of “redefining the horizon” and has 27 participants, including the city of Mirabel and Montreal Airport, who will be looking for companies wishing to settle in the greater Montreal area. To support them in their recruitment process, they can count on the presence and support of the Fonds de Solidarité FTQ, Canada Economic Development, Investissement Québec and Montreal International. Aéro Montréal is also a leading partner in the organization of the mission and its related events.

The Farnborough and Bourget shows are an opportunity for companies to meet new people and strengthen existing relationships. For business leaders, it’s an opportunity to meet customers and suppliers and sometimes to it brings long negotiations to a conclusion. The president and CEO of Héroux-Devtek, Mr. Gille Labbée, told us last year that his agenda was divided by half-hours during the show and that appointments were therefore followed at a very fast pace.

In addition to Quebec’s economic mission, four major companies operating in Quebec have their own booth: Bombardier, CAE, Pratt & Whitney and Héroux-Devtek.