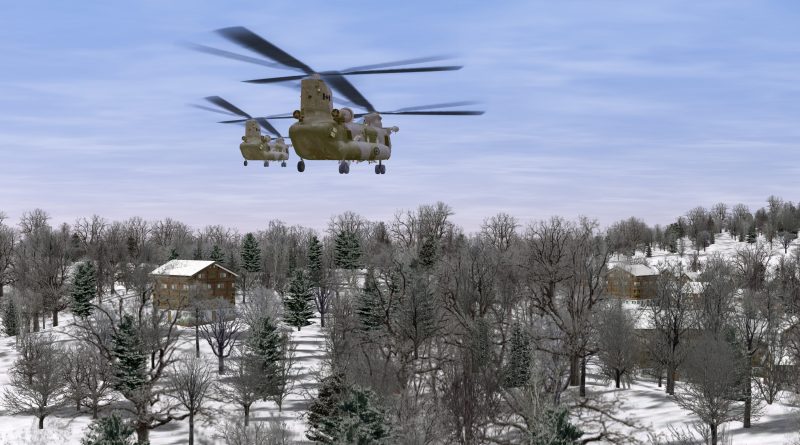 Today at the Royal International Air Tattoo, CAE Elektronik GmbH announced that it has signed a teaming agreement with Boeing to support the H-47 Chinook helicopter being offered for the German Air Force’s STH (Schwerer Transporthubschrauber) heavy-lift helicopter competition.

Under terms of the teaming agreement, CAE Elektronik GmbH, based in Stolberg, Germany, would have responsibility for developing and supporting a range of aircrew training systems and services should the H-47 Chinook helicopter be selected by the Government of Germany.

“CAE Elektronik GmbH has a long history of supporting the German Armed Forces with rotary-wing training and simulation solutions, and as a company CAE has a wealth of experience delivering training systems for the Chinook helicopter,” said Marc-Olivier Sabourin, CAE’s Vice President and General Manager, Europe/Africa.  “Our experience and training systems integration expertise is a perfect fit for Boeing’s offer of the technologically advanced, low-risk and proven H-47 for Germany’s heavy-lift helicopter requirement.”

CAE Elektronik GmbH is part of a group of German aerospace companies that have partnered with Boeing as part of the heavy-lift helicopter competition in Germany to provide additional capabilities, value and local expertise to the highly efficient platform and logistics solution. Boeing announced its German industry team at the ILA Berlin Airshow in April.

CAE joins a strong team behind the Boeing Chinook offer to Germany and will provide flight simulation technologies and training support services.  CAE’s experience supporting the German Armed Forces with synthetic training solutions at the International Helicopter Training Centre in Bückeburg as well as on other rotary-wing platforms will help provide common and consistent training solutions across the helicopter platforms operated by the Bundeswehr.