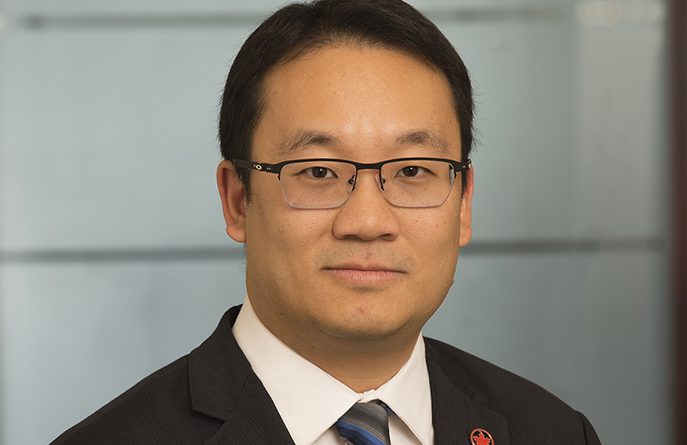 At the launch eventof the Maple Leaf Lounge at Terminal B at LaGuardia Airport, we had the opportunity to speak with Air Canada’s Vice President of Product, Andrew Yiu.

On its international flights, Air Canada offers three classes: Economy, Economy Privilege and Business Class. We asked Mr. Yiu if Air Canada was satisfied with his three classes or whether he considered adding another to improve revenue. Mr. Yiu says the current three classes are meeting customer needs and Air Canada is not considering adding more classes at this time.

Since 2013, Air Canada has doubled its volume of passengers departing from or destined for the United States transiting Canada. It now holds 1.1% of the transatlantic market and Air Canada’s target is 2%. Mr. Yiu said other US routes should be added over the next few years. Air Canada’s strategy is to identify medium-sized US cities that do not fly directly to the European cities it serves from Montreal or Toronto. It can therefore attract its travelers to transit through Canada by offering them good prices and better service.

When we asked Mr. Yiu about the configuration of the A220-300 that will be joining the fleet, he told us that, although it is decided, he cannot reveal it to us. However he mentioned that it should look like the Boeing 737-MAX8 with two classes. Among the first routes where the A220-300 will be deployed, the Montreal-Calgary route should be one of them. Mr. Yiu points out that Air Canada does not choose its aircraft models based on a single type of road or market, but rather on their versatility so that they can perform several types of missions. The A220-300 could therefore be used on other mainland Air Canada routes where single-aisle aircraft are currently used, such as on the Montreal-Los Angeles route.

We raised the fact that with the withdrawal of the last B767-300ERs from its main fleet, Air Canada would be left without any aircraft in the 200 to 250 passenger category with a range of 4,000 nautical miles. Yiu says Air Canada is currently evaluating the options, but did not want to confirm whether Airbus had pitch them the A321XLR; he simply said that Air Canada has regular discussions with Airbus and Boeing.

Following our insistence, M Yiu said that the A321XLR has potential, but Air Canada’s hesitation stems from the fact that in business class, single-aisle aircraft with a range of 4,000 nautical miles must be configured with reclining flat seats. Air Canada’s mode of operation means that, from time to time, the A321XLR could end up on routes like Toronto-Calgary or Montreal-Los Angeles; The company is therefore evaluating what revenues it could derive from those lie flat seats on shorter trips to determine if the investment is worth it and this assessment also applies to the B737-MAX9 or MAX10.

In closing, Mr. Yiu says Air Canada’s success in recent years can be explained by the fact that after security, customer service is its priority.