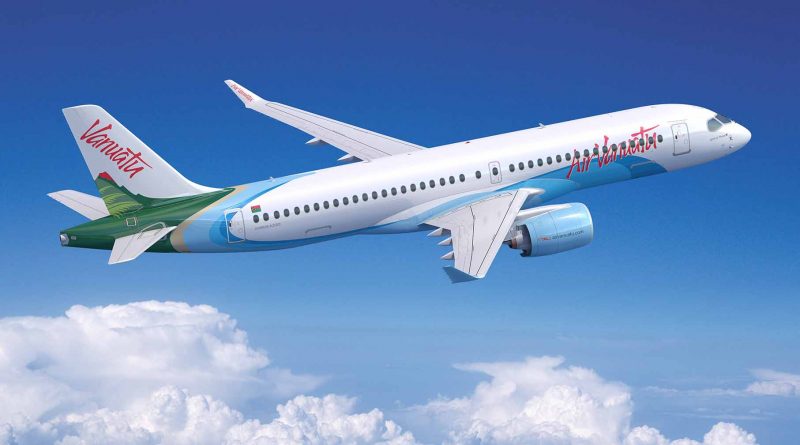 Airbus issued a press release this morning confirming the choice of Vanuatu’s national carrier, Air Vanuatu with a firm order for four A220s, two A220-100s and two A220-300s. Vanuatu is a state composed of an archipelago of 80 islands located in the Pacific-South Coral Sea and is considered a paradise for diving enthusiasts.

Air Vanuatu has chosen the A220 for its important expansion program while the company only has two aircraft in its current fleet. It serves 26 destinations in Vanuatu, as well as international connections to Australia, New Zealand, Fiji and New Caledonia. The A220 will allow it to operate its new route between Melbourne and Vanuatu.