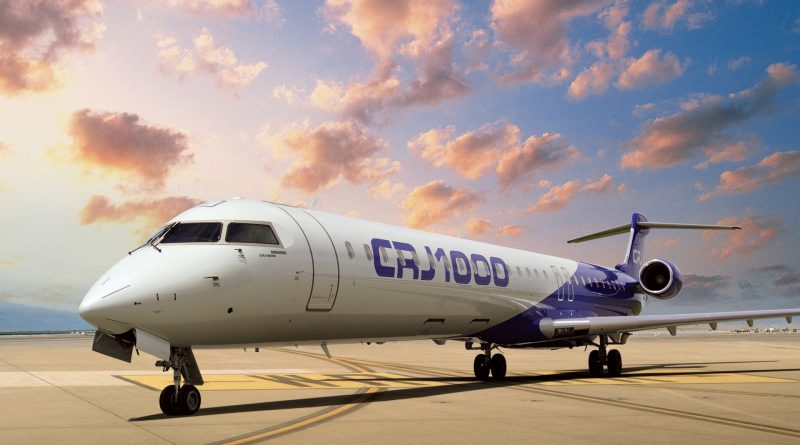 It is in the course of 2020, less than a year from now, that Bombardier’s management will have to begin evaluating the various options available in order to build its next strategic plan. The purpose of this article is to analyze one of the options that the management may choose and is not based on any inside information, so it should not be interpreted as an indication of the choices the company will make.

These days, Bombardier President and CEO Alain Bellemare reiterates to anyone who wants to hear that if the company comes to the end of a major development cycle, that does not mean that it will put an end to all its investments in research. Last Friday, Bombardier announced investments of $ 22 million in a few research projects, one of which it explains as follows:

“The objective of this sub-project is to develop multifunctional wings for commercial and business aircraft to optimize aerodynamics and weight while reducing costs and fuel consumption. ”

The important thing about this statement is that Bombardier would like to have a wing that it could use on both business and commercial aircraft.

The aircraft market of less than 100 passengers

According to 2017-2036 market forecasts published by Bombardier in 2017, the fleet of intra-regional aircraft (less than 2,500 nautical miles in range) servicing in 2016 totaled 3,300 aircraft worldwide. Of these, about 2,100 will have to be replaced by 2036, which represents 24% of the fleet. To these replacements, we must add the growth that will bring the total number of intra-regional aircraft with a capacity of 60 to 99 seats to 6,950, this represents the delivery of 3,650 new aircraft that add up to 2,100 replacements for a total of 5,750 deliveries.

Bombardier Commercial Aircraft currently offers the 76-seat CRJ-900 and the 97-seat CRJ-1000. The CRJ-900 competes with Embraer’s E-175 on the important US market. Elsewhere in the world, the ATR-72 and Q-400 turboprop are very good competitors to regional jets, their main advantage being that they have an operating cost 15% to 20% lower than regional jets.

If Bombardier does not make any changes to the CRJ program, it can at best hope to win 10% to 20% of market share and to get there it will have to find a way to make its production profitable. CRJ’s assembly method dates back to another era and is one of the major obstacles to its profitability. Even with 20% market share, Bombardier would only keep the CRJ program alive without making a profit or very little.

If the CRJ program was developed now with the latest technology, it would not be called Regional Jet because its range would be about 2,200 nautical miles or a continental span, hence the name Continental Jet (CJ).

To develop a new commercial aircraft, Bombardier does not need to develop new technologies and invest huge sums. The development of the C Series and Global 7500 programs included enough new technologies that can now be reused on a new aircraft program.

The Global 7500 fuselage is made of the same lithium aluminum alloy as the A220 and is the right size for a Continental Jet and it is lighter than that of the CRJ. In addition he is certified to fly at an altitude of 51,000 feet; in a commercial operation with an altitude limit of 41,000 feet, it could have a higher cabin pressure, which greatly improves passenger comfort for flights longer than 3 hours. With the Continental Jet, it would be Bombardier’s third version of this alloy, which means little technological risk.

The Global 7500 and A220 flight controls can also be used on the Continental Jet to make another weight gain. The people of Bombardier Business Aircraft say they have benefited greatly from the experience gained on the A220 and have had virtually no glitches with the Global 7500 flight controls. Again, this would be the third generation of this system with very little technological risk.

It goes without saying that Bombardier would have every interest in using the same avionics suite as that of the A220, allowing a reduction in the cost of training pilots who would pass from the CJ to the A220. In fact, Bombardier would benefit from using as many systems as currently available on the A220 and making it as similar as possible. Airbus and Bombardier would then be able to work together to better counter Boeing and Embraer which with the E2-190 have a smaller and lighter aircraft than the A220-100. The CJ-900 with a capacity of 97 passengers would be even lighter than the E2-190 and above all much more economical. In addition, the presence of the76 passengers CJ-700 would offer more options to airlines.

The wing of CJ

The CJ Wing is probably the biggest problem that Bombardier should solve. If the Global 7500’s fuselage can be used fot the CJ, it’s out of the question to reuse the Global 7500 wing. First, because it’s 25% larger than the CJ needs. But it is the Global 7500 wing structure that is a problem because it is much heavier since it has to carry 22,000 lbs. To 25,000 lbs. Of fuel, more than double the needs of the CJ.

The other possibility would be to use an all-composite wing as on the A220; the question is whether the cost of manufacturing is worth it compared to the fuel savings generated, it is far from obvious.

It remains the possibility to use the latest aerodynamic developments of the A220 and Global 5500, 6500 and 7500 to improve the performance of the wing of the CRJ-900 and CRJ-1000. Do not forget that Bombardier is working on developing a wing that can be used on regional and business aircraft as mentioned in the introduction.

The motorization of the CJ

The Global 7500 is equipped with GE’s new Passport engine which offers 9% fuel savings on the Global; this engine is a derivative of the LEAP engine that powers the Boeing 737 MAX and the A320 NEO. In order for the Passport to be optimized for commercial aviation, some of its components should be modified and it remains to be seen whether GE would be able to achieve the same maintenance interval as other commercial aircraft engines currently in service.

The new Rolls Royce Pearl engine that will power the Global 5500 and 6500 is in the right trust category for the CJ and according to unofficial sources, because its weight is not yet published, it would weigh about 500 pounds less than the Passport. Like with the Passport engine, it would be necessary to see if the manufacturer would be able to adapt it to commercial aviation. The recent setbacks of Rolls-Royce with its high-power engines, reduce its ability to develop a new variant for now.

Nothing would prevent Bombardier from asking Pratt & Whitney to make an offer with the PW1200G engine that is destined for the MRJ but whose sales and development are not doing very well. By opting for this engine, Bombardier increases the similarity between the CJ and the A220 and its attractiveness to the airlines that will operate the A220.

What CJ offers more than CRJ to Bombardier

A new aircraft involves a new assembly line and a new assembly method. It would then be possible to entrust the assembly of the fuselage and the integration of the electrical and hydraulic systems in it to a subcontractor capable of doing the work at a lower cost than Bombardier who would see the cycle time at the plant being greatly reduced.

By using the maximum number of systems from the A220, Bombardier can work with Airbus on suppliers to get better prices.

The use of the latest technologies would allow to have a CJ-700 whose empty weight is similar or even slightly lower than the CRJ 700 with a fuel consumption at least 10% lower than existing aircraft, while meeting the American scope clause and with a bonus  range of about 2,200 nautical miles which would make it a more versatile aircraft.

Because it would use several components and systems present on the A220, the cost of operation of the CJ would be 12 to 15% lower than the existing regional jets; for an airline that has A220s in its fleet, this would significantly reduce the gap with turboprop. With such savings, Bombardier’s market share in 60 to 99 passenger aircraft could be closer to 50%, which represents 2,875 deliveries by 2036.

The cost of development

This is probably the most important aspect to consider. Once Bombardier chooses to use only existing technologies, it significantly reduces the risk of cost overruns and delays. The time required for the design, assembly and certification of new aircraft is therefore reduced and should not exceed 5 years.

If we take Bombardier’s market forecast figures, with 20% of the shares, the cost of developing the CJ would be a little over one million per aircraft, it would go down to nearly 500,000 per aircraft if Bombardier managed to capture 50% of the market share.

But the biggest advantage, in our opinion, is that the CJ would allow Bombardier to completely change the working and assembly methods and significantly reduce the unit cost and finally have a profit margin on its aircraft.