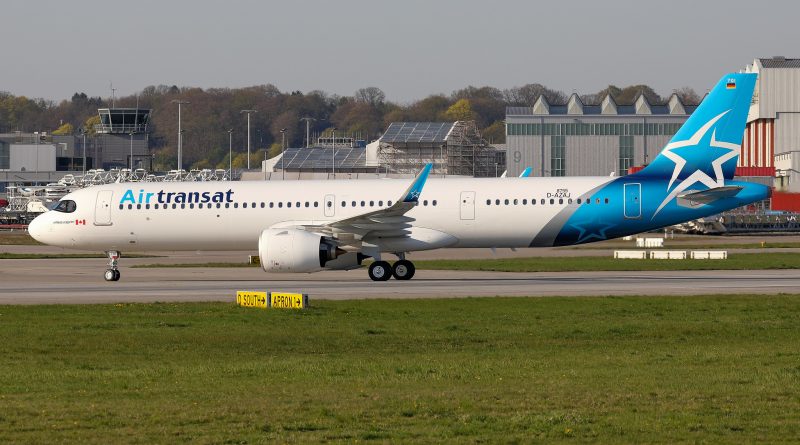 Spotters grab your cameras! It’s Tuesday April 30, that Air Transat’s first A321LR will arrive in Montreal from Hamburg. It seems that the first tests of functionality carried out last week were conclusive. The aircraft is expected to make its first pre-delivery flight in the next few days. According to the flight schedules currently available on the Air Transat website, the first assignment of the new aircraft is May 17 on flight TS-338 to Cancun, it is also assigned on flight TS-546 to Toulouse this same day.

The timing of the arrival of the first A321LRs in the summer of 2019 could not have been better for Air Transat as the price of the JetA has just risen above 2 $ US per gallon; the A321LR consumes up to 40% less fuel than the A310 that they will replace. Unlike its three largest competitors in Canada, Air Transat can plan for the next 12 months without having to wonder when its grounded aircraft will return to service.

Since 2005, Air Transat has had to deal with the arrival of SungWing, Rouge and WestJet, which allows us to say that she learned the hard way. Transat has streamlined its operations and is much more efficient than before. She should have a very good 2019 summer season, as her competitors find themselves entangled with the problems of the MAX.

Thanks to Matias Düber for the cover picture