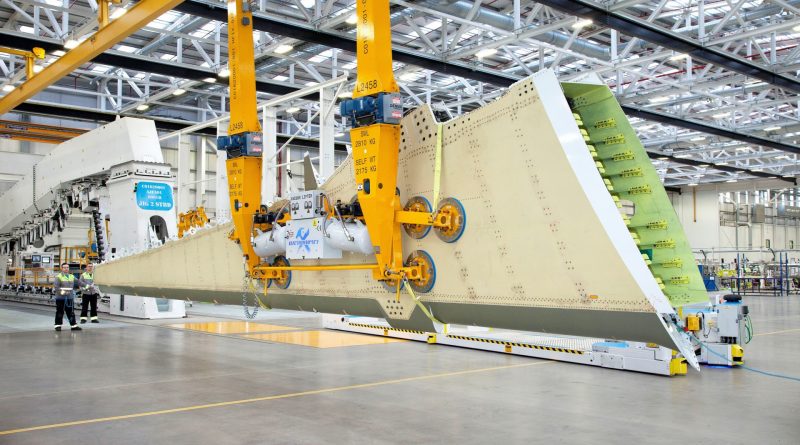 During the last Bombardier Annual General Meeting, when the President and CEO, Mr. Alain Bellemare, was questioned about the sale of the factory that manufactures the wings of the A220 (C Series) in Belfast. He confirmed to the media that before announcing the sale of the wing factory in Belfast he had informed Airbus.

If Bombardier has publicly announced the sale of the Belfast plant, it is because the response or offer of Airbus does not have more. By making public its intention to sell, Bombardier kindly sends the message to Airbus: go cook yourself an egg with that offer.

The bet of Airbus

For its part, Airbus is undoubtedly betting that buyers will not rush to the doors to acquire the Belfast plant and in our opinion it is not entirely wrong:  forget About the Chinese buyers because UK would never let a deal with China pass. Companies that are not aircraft manufacturers but tier-one suppliers may be interested in the Belfast plant to the extent that they are able to quickly get a return on investment. For that, there should be new commercial aircraft programs on the drawing boards in order to obtain new contracts. The problem is that there is only Boeing’s project with his B797 on the boards right now but the crisis of the MAXGATE could well relegate to oblivion. In short for suppliers in the aerospace sector, there will not be much to eat before a good ten years and this is not the right time to invest in a technology like that of the Bombardier plant in Belfast.

It remains the manufacturers of aircraft: ATR, Boeing, Embraer and Mitsubishi. We can forget ATR because Airbus holds 50% of it. For Boeing, the company is slowly but surely moving into the MAXGATE and over the coming months, there should be significant change in the manegement of this company. The first mandate of Boeing’s new executive will be to settle the MAXGATE and the Bombardier plant in Belfast will not be on their priority list.

The sale of its commercial aircraft division to Boeing allows Embraer to cash a nice check of US $ 4.2 billion, enough to offer itself  a lot of beautiful gifts. But Embraer has always done its research and development internally. Brazil has very good training programs and there are enough new engineers to get Embraer to develop their next business jet entirely in-house.

This leaves Mitsubishi whose MRJ program has accumulated delays and cost overruns; the only reason why MRJ is kept alive is that Japan and Mitsubishi have made it a matter of national pride. Moreover, the MRJ is probably the only commercial airline program to have had a museum dedicated to it about then years before it makes its first flight.

The MRJ90 is expected to be certified in the coming months but six years late. (Its certification was planned before that of the C series, which was two years late). All the changes that were made to the MRJ 90 added between 5,000 and 10,000 over than the expected weight. This means that Mitsubishi will have to give a large discount on the selling price in order to compensate for additional fuel consumption and therefore deliveries of MRJ90 will all be at a high loss.

Fortunately for Mitsubishi, the order book of the MRJ is not too high; While it officially has 213 firm orders, orders for 100 aircraft from SkyWest and 50 from Transtate Holding  are obsolete since they cannot be legally operated in the United States. This leaves 63 firm orders including 47 for Japanese companies ANA and JAL.

Regarding the MRJ 70, Mitsubishi has already let it be known that next June it will present at the Paris Air Show a new lighter version that complies with the scope clause in the United States. This announcement confirms that Mitsubishi is putting an end to the first versions of the MRJ that have served as a school desk and that it is already looking at more refined and mature versions. It is therefore possible that in the medium term, Mitsubishi needs to develop a new wing.

Many of the peoples working on MRJ certification team are Bombardier and knows the exact potential of the Belfast plant and its technology. It must be remembered that the wing of the C Series A220 did not break during the test of the maximum load factor while the load reached during the test is well above the threshold of 150%. This means that this wing could be lightened even more which can be an important asset for Mitsubishi which will have to reduce the weight of its second version of the MRJ90.

With annual sales of more than $ 550 billion, Mitsubishi can afford the Belfast factory if it needs it. In addition, the acquisition of the C Series wings would allow Mitsubishi to add one more customer and diversify a little more its aeronautical sector in order to be less dependent on Boeing. For the Government of the United Kingdom, Mitsubishi is undoubtedly a partner of choice and it would certainly give its approval to the transaction.If Mitsubishi’s interest were to materialize, the Bombardier plant in Belfast would then be left with two quality contenders.

5 thoughts on “The CSeries, A220 wing could end up in the middle of a love triangle”