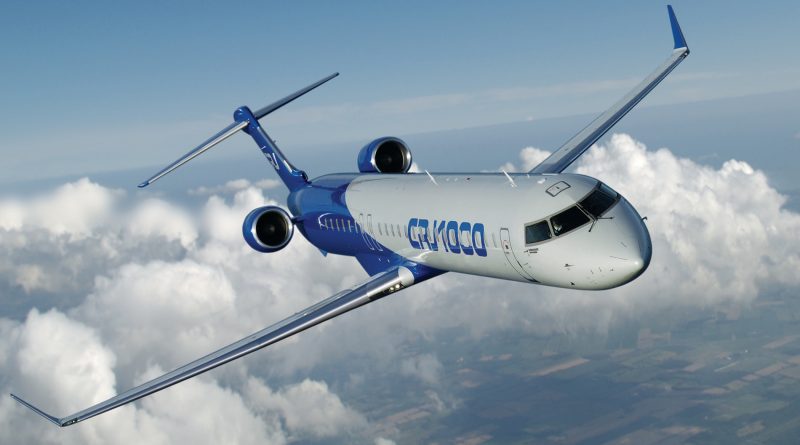 Bombardier would make a good strategic partner for Mitsubishi

On May 26, we published the text “The CSeries, A220 wing could end up in the middle of a love triangle“, but this week, a new element has changed the game and we revised our analysis in order to take into account.

A new hurdle for the MRJ

Last week, Embraer announced the start of production of the first E2-175 which is a direct competitor of the MRJ even if for the moment it does not meet the US scope clause. This decision comes about seven to eight months before Boeing takes control of the E-Jet and E2 program, which means that Embraer was approved by Boeing before putting E2-175 into production.

For Mitsubishi, this is the signal that Boeing will also be active on the regional aircraft market in the United States and it will have to play according to the rules dictated by Boeing. In order to successfully market a new aircraft, manufacturers must accept to sell below the cost price in order to win the first orders. From the moment Boeing produces a plane the size of the MRJ, it is obvious that Boeing would not hesitate to file a complaint of dumping against Mitsubishi if it sells its first MRJ in the US below cost. Within the aerospace sector, Mitsubishi’s bargaining power against suppliers is very low compared to Boeing, it puts it in a situation where it will be very difficult to reduce the manufacturing cost of the MRJ in order to be competitive with the E2-175

It is probably to take into account this new context that the hypothesis of installing a new assembly line in American soil has been mentioned by some Japanese media.

What Bombardier has to offer

For the moment, Boeing is supposed to provide MRJ’s after-sales service in the United States, but this agreement dates back to June 2011 and the latest developments may well prompt Mitsubishi to look for another solution.

There is the Belfast plant and its composite wing manufacturing technology that is unique to it. If Bombardier and Mitsubishi decided to create a consortium where both are 50% partners, the United Kingdom would be more inclined to approve it and in Toulouse it would be difficult to block it.

A partnership Bombardier-Mitsubishi would allow both to use their knowledge in order to accelerate the development and reduce the cost of a scope clause compliant MR 70.

Since Bombardier is openly looking for a partner for the CRJ, it is not impossible that in the coming year a company or a government wishing to develop its aerospace industry will make an offer to Bombardier. With a sufficient capital injection, the CRJ could experience a second wind and come play the troubles. By signing a partnership with Bombardier Mitsubishi ensures that the CRJ will not come back to haunt the MRJ’s sales.

Once the partnership is established between Bombardier and Mitsubishi, everything becomes possible.