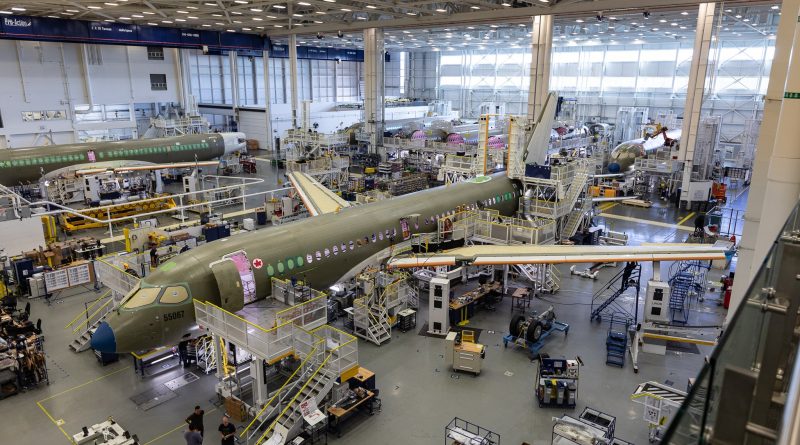 We had a phone conversation with Air Canada’s Vice President Fleet Planning, Mr Mark Galardo. The interview focused on the deployment of the A220 in the next twelve months.

Air Canada’s fleet management plan calls for the delivery of the first A220 in December 2019. An additional 14 will be delivered in the course of 2020, including 10 to 11 during the first half of the year. Air Canada prefers to receive their aircraft before the peak summer season and this was planned. Last week, we discussed the possibility of Air Canada taking over planes destined to Redwing. On that point, Mr. Galardo was very clear: No, Air Canada will not take them.

Approximately half of the A220-300s that Air Canada will receive in 2020 will be on routes currently served by the E-190. Mr. Galardo pointed out that to understand Air Canada’s Fleet Management Plan, do not do 1: 1; replacement assumption: wich would mean that one A220 would replace one E-190 and one MAX would replace one A320. The fleet renewal process is much more complex; Air Canada will keep some of its A319s and A320s in service for a few more years. By 2020, it will also put five more CRJ-900s into service.

Some of the new A220s will be deployed on existing routes to increase their frequency or capacity. But as announced in the press release on the subject, the A220 will also be used to open new routes. Air Canada wanted to open the Montreal-Seattle route for some time. But the E-190 could not do the distance and the B737MAX is too big. With a configuration of 12 seats in business class and 125 in economy, the A220-300 makes this route profitable.

Mr. Galardo says the GDP growth in the Seattle area is 5% to 6% a year. The A220-300 allows Air Canada to take the lead on competition with the Montreal-Seattle route. Being the first airline to open a route is an important strategic advantage. The volume of passengers between the two cities does not justify the Montreal-Seattle route alone; according to Mr. Galardo, Montreal’s hub role is helping to fetch a surplus of transatlantic passengers from and to Seattle.

In May, Air Canada will open Montréal-Seattle and Toronto-San-José with the A220. Air Canada is also evaluating the possibility of using the A220 on the Montreal-Mexico route. The distance is not very big, approximately 2010 nm, but the altitude of Mexico is a problem. Air Canada is assessing whether it will have enough payload from Mexico City with the A220.

We asked Mr. Galardo if Air Canada planned to use the A220 on transatlantic flights. He tells us that the prevailing winds from west to east are problematic. To be able to make the crossing back, the A220-300 needs to be substantially lightened. Only the configuration with 45 seats in business class allows round trip non-stop. It’s a niche market that Air Canada does not intend to attack.