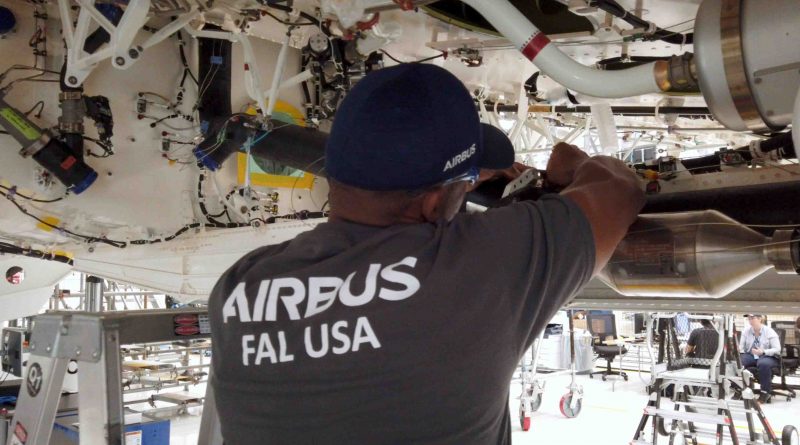 According to Reuters, production at the Airbus plant in Mobile, Alabama would be exempt from future tariffs.

The US Government is preparing to follow up on the WTO decision to authorize tariffs on the importation of European goods. This decision is the result of Boeing’s complaint against Airbus for the A380 and A350 program grants. The United States is therefore preparing to impose a tariff of 10% on Airbus large aircraft.

Aircraft parts and subassemblies, such as those delivered at the Airbus plant in Mobile, would be exempt from tariffs. So A220 and A320 assembly lines will go on as usual. This is to avoid taxing the parts that Boeing imports from Europe to build its aircraft. The US government will also impose tariffs on a multitude of European goods up to $ 7 billion.

For its part, Europe has clearly indicated that it would respond with the imposition of tariffs on US goods. In addition, Airbus’ case against Boeing at the WTO is expected to be completed in about six months. One should expect an identical result that will only exacerbate the trade war.

In 2020, Europe could decide to impose a tariffs on the B737MAX while it will be allowed to fly again. A tariffs of 10% or 25% on the MAX in Europe would close this market and jeopardize its survival. Especially since China is also in a trade war with the United States and it currently imposes a 25% duty on US aircraft.

In 2017, Boeing was convinced of its right in its complaint against Bombardier. The result was catastrophic: she lost the Canadian contract for fighter jets and sales of the A220-300 outrageously dominate those of the B737-MAX7.

She is now launching a fight with Airbus and all of Europe forgetting that she is subsidized too. Nothing good can come out of this war and everyone will lose the change. But Boeing seems to practice the politics of scorched earth.

Revelations over the last few months have highlighted Boeing’s engineering shortcomings. Following the setbacks of the MAX, Boeing hired a plethora of lawyers to assist her. If she had given engineering priority in recent years, she would not be here.