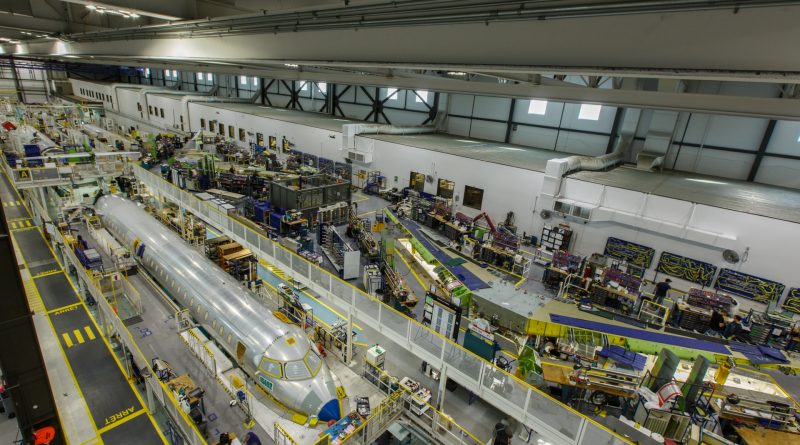 To begin this text, I would like to tell you that the final transaction between Bombardier and Mitsubishi is coming soon. But the Japanese multinational has a conception of time of its own. It is therefore safer for me to say that negotiations are proceeding normally.

Some executive from Mitsubishi Heavy Industries recently raised the possibility of an additional delay in SpaceJet’s certification. The entry into service of the M90 ​​is likely to be postponed until the end of 2022 or 2023. This new delay in delivery does not cause too much trouble with M90 customers; it does not meet the scope clause in the US and it’s Japanese companies who ordered it.

The new delay will also push back the certification of the M100 beyond 2023 and that’s where the hurts. The M100 meets the US regional aircraft scope clause. Its a direct competitor of the Embraer E175 which is very popular with regional carriers in the United States.

The United States accounts for between 70% and 75% of the regional aircraft market and it as reach maturity. Actual sales of new regional aircraft in the US are intended to replace older aircraft. The first CRJ-700s were delivered in 2001 while it was in 2003 that the first CRJ-900s were delivered. For their part, the Embraer E170 and 175 became operational in 2004 and 2005 respectively.

The replacement sequence for 70 passengers regional aircraft is about to begin. The problem for Mitsubishi is that the new delay puts it out of this market. These are orders and customers that will lost for the next twenty years.

Maintain CRJ production or not

In order to avoid leaving the field open to Boeing-Brazil (Embraer commercial aircraft) Mitsubushi could decide to maintain the production of the CRJ. By delivering CRJs from 2021 to 2024, Mitsubishi would keep in touch with customers. In addition, the arrival of new aircraft would provide some work to the CRJ’s support center that will be purchased soon. The equation is simple, the more aircraft are in use and the more the support center pays.

But keeping CRJ production is much more complex than it seems at first glance. First because Airbus is now the owner of the facilities where the CRJs are assembled. Airbus needs this space and intends to take it back. It would therefore be necessary to move the assembly line at a great expense elsewhere in Mirabel.

There is also the issue of the workforce that may be a big problem for Mitsubishi. Bombardier unionized employees working on the CRJ have the privilege of being hired by Airbus. Through a reciprocal agreement, they maintain their benefits by switching to Airbus.

But if they decide to continue working on the CRJ with Mitsubishi, the reciprocal agreement is no longer valid. Moreover, as the production of the CRJ would only last a few years, the union members would not see any interest in it.Time is running out and Mitsubishi will have to make a decision in the first quarter of 2020.